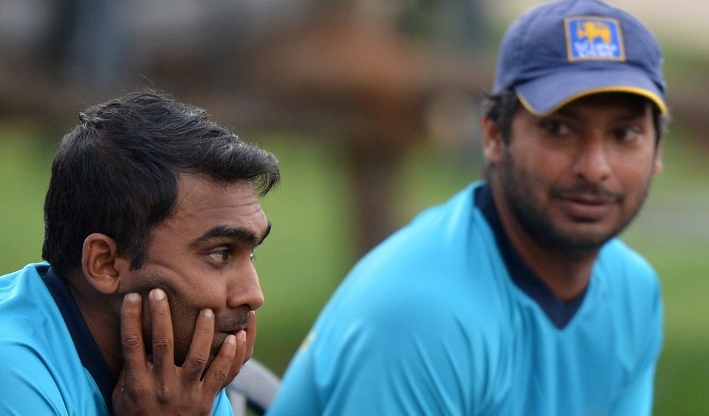 The same yet very different — that is the way I think of the two legends, Mahela Jayawardena and Kumar Sangakkara as they prepare to play in the ICC Cricket World Cup for the final time.

What unites them — aside from their long-standing friendship, the fact they have both led the side with distinction, and their business partnership at a crab restaurant in Colombo — is the fact they will both finish their careers with records that mark them out as greats of the game, and both have always possessed a passionate desire to do well for the country.

Mahela was a man schooled in the ways of the Sinhalese Sports Club, that breeding ground of cricketing talent in Colombo. His exceptional ability was there for all to see from a young age and Arjuna Ranatunga, spotting that talent, was quick to take him under his wing and look to promote him at the earliest possible opportunity.

His breakthrough innings was a breathtaking 120 against England at the Adelaide Oval in January 1999, although it is a match most remember as one of the occasions when I was no-balled for throwing, but that innings really marked him out as a star in the making.

It was not all plain sailing for him, though. He struggled early on in his career especially to come to terms with extra bounce and seam and swing, and it took him a while to work out a technique that both worked for him and was effective.

But I think it is safe to say Mahela did work that out and the record books will serve as an illustration of that fact long after he has retired.

As for Mahela the cricketer and Mahela the man, in my experience he has never been a big talker in the dressing room. He simply goes about his business in a quiet, unassuming and undemonstrative way. What that means is when he does speak then people tend to pay attention, especially as he is a great thinker on the game and always talks a lot of cricket sense.

And aside from the runs he has scored, for me it has been a joy to have someone like him fielding close-in for much of my career as he has hands like flypaper and took 77 catches off me — the most by any fielder. My figures would be a lot less impressive if it were not for Mahela.

He has worked hard to get where he has — you do not achieve all that he has in a career and stay at the top level for as long as he has without doing exactly that — but at the same time, he has also been able to rely on masses of natural talent.

Mahela has great hands and wrists and can manipulate the ball to anywhere on the field, something that makes setting a field to him when he is in touch virtually impossible.

Sanga, on the other hand, would probably be the first to admit that he did not have that massive amount of natural talent when he was starting off, but he has made up for that with a truly ferocious work ethic.

I had the privilege of being involved in Sanga's career from a very early stage as we are both Kandy boys and we shared the same junior coach — Sunil Fernando. It means we go back a long way.

I used to bowl to him when I was around 13 or 14 years old and he was around 10 and if you had asked me then if I thought he could scale the heights he has I think I would probably have said no.

Sanga, though, was a very driven cricketer and that drive was reinforced by his father. It is something he has retained right through to this day.

It is not uncommon for him to hit several hundred balls during any given practice session, all in the pursuit of perfection, honing a particular shot. If you had to sum up his approach it would be "Practice hard, succeed easy."

That type of attention to detail can be hard on a coach's shoulder as he will expect someone to throw him those countless balls, but the results are there for all to see — only Don Bradman has more Test double hundreds, 12 to Sanga's 11. His approach has reaped handsome dividends.

Unlike Mahela, Sanga had a reputation as a bit of a fiery character in his early days and was never afraid to mix it with the opposition. I remember he and Michael Atherton had a running battle of chat in the series at home in 2001 and Sanga never took a backward step despite being up against a player with more than a decade of international experience.

He has mellowed since then, but, like Mahela, he too is a deep thinker on the game and everything he does has a reason behind it.

His decision to give up the wicketkeeping gloves in Test cricket looked a surprising one to some on the outside as it removed a safety net for him. It meant he would be judged solely as a batsman.

But far from shrink under that pressure, he has reveled in the added responsibility and he averages an incredible 69.35 over 82 Tests without those gloves. That marks him down as one of the greats of this or any era.

Where do the duo stand in the list of all-time Sri Lanka batting stars? I can only speak of the players I have seen but they both rank alongside Aravinda de Silva and I can pay them no higher compliment than that.

Aravinda cannot hold a candle to either in terms of pure statistics but he played for much of his career in an inferior side to the current line-up and he also produced career-defining innings in the ICC Cricket World Cup semi-final and final in 1996 under the ultimate pressure.

The question now is whether Mahela and Sanga can do something similar to put the perfect full-stop on their own careers.

Mahela did, of course, score a brilliant 103 not out in the ICC Cricket World Cup final four years ago but sadly that innings has been forgotten in the face of the win for MS Dhoni and his India side.

The duo are already Sri Lanka greats but if they can see their side through to the final and then play innings to secure the title then that would be the least that either of them deserved.

Mahela and Sanga are heroes of the game both at home and from a worldwide perspective and one thing is for sure: while players come and go — that is the nature of our great game — when they do bow out they will leave a huge hole that may never be filled.