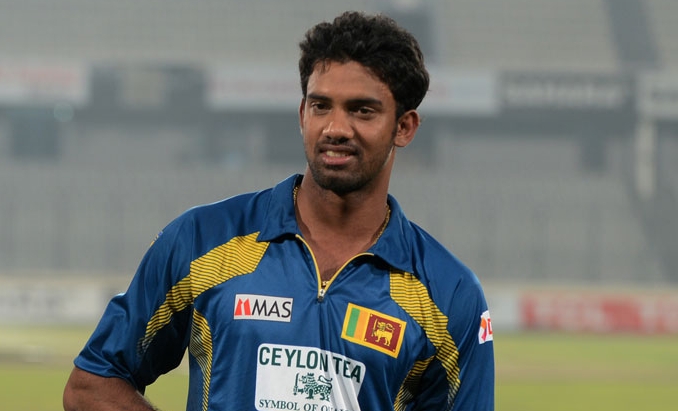 Sachithra Senanayake is currently in England playing for Worcestershire in the County Championship tournament. © AFP

The right-arm off spinner is contracted to Worcestershire for 10 weeks and hopes that success at New Road will lead to more Test appearances for Sri Lanka.

"One of my dreams is to be a good Test bowler, and it will help me to get into the Test team if I do well in county cricket," Senanayake said in a recent interview published on Worcestershire County Cricket Club's website.

"I want to play more Tests. I have only played the one so far," he added.

The number-three ranked Twenty20 International bowler took a match-haul of six wickets against Sussex at Hove last month and then helped his new first-class side to its first county win of the season, with a victory against Somerset at New Road on Sunday.

Senanayake is also ranked in the top-25 in the ODI rankings for bowlers, but has only played a solitary Test for Sri Lanka; a goal which he intends to improve on.

He cited the example of Rangana Herath as a Sri Lankan bowler who had gone on to achieve greatness after success at county level.

"We all know Rangana Herath became a good spinner, almost the number one spinner in the world and he played a lot of county cricket," Senanayake pointed out.