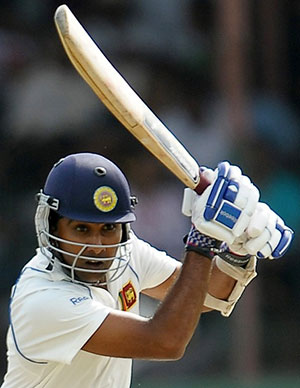 Mahela Jayawardene signed off his second stint as Sri Lanka captain in disappointment on Sunday after a 3-0 series sweep in Australia and said the bottom line was his team had just not played well enough.

After arriving in Australia confident they could finally win a first Test Down Under, Sri Lanka fell to defeat by five wickets in Sydney following an innings and 201 humiliation in Melbourne and an 137-run reverse in Hobart.

"I think Hobart was a good fight, tough conditions, I thought we hung in pretty well there," Jayawardene told reporters. "Melbourne, we never showed any fight in that Test match which was pretty disappointing.

"Here, I think we fought really well, but it wasn’t good enough. The Australians played some really good cricket, they did give us a few chances but we weren’t good enough to take control and push forward.

"When you are competing at this level, I think we need to be much better prepared and show more character to win Test matches in these conditions."

The defeat in Sydney was particularly galling because Jayawardene finally got the scenario he wanted, prolific wicket-taking spinner Rangana Herath bowling at an Australian team chasing a victory target on a turning wicket.

"I think this would have the perfect script, bowling on the fourth day in Sydney," he said. "If we had kept them close to our score in the first innings things would have been different. But we let (them) get away from us, dropped a few catches.

"And even second innings we batted well, put some pressure on the Australians, maybe if we’d had another 60, 70 runs… but, we’re not good enough to do that."

Injuries forced the Sri Lankans to blood some younger batsmen in Australia and the likes of Dimuth Karunaratne, Lahiru Thirimanne and Dinesh Chandimal showed they had the potential to play at the top level.

Jayawardene, one of a quartet of Sri Lankan batting greats now in their mid-30s who will be retiring over the next few years, said they still had a lot of hard work ahead of them.

"I think the more opportunities they have to play in these conditions their game will improve, but talent alone will not carry them forward," he said.

"They all have talent and that’s why they’re here. As long as they are willing to learn and work hard, they will get big scores and be the future of Sri Lankan cricket.

Another of the quartet of experienced batsmen, Thilan Samaraweera, had a particularly poor series. But Jayawardene was in no mood to start picking out scapegoats.

"Unfortunately he did have a bad series, but that happens. I think it’s unfair to pick on individual players after a series defeat like this and say it was their fault," he said.

"As a unit, I don’t think we played good enough cricket here. We didn’t play to our potential, we didn’t push ourselves and we need to take responsibility for that as a team."