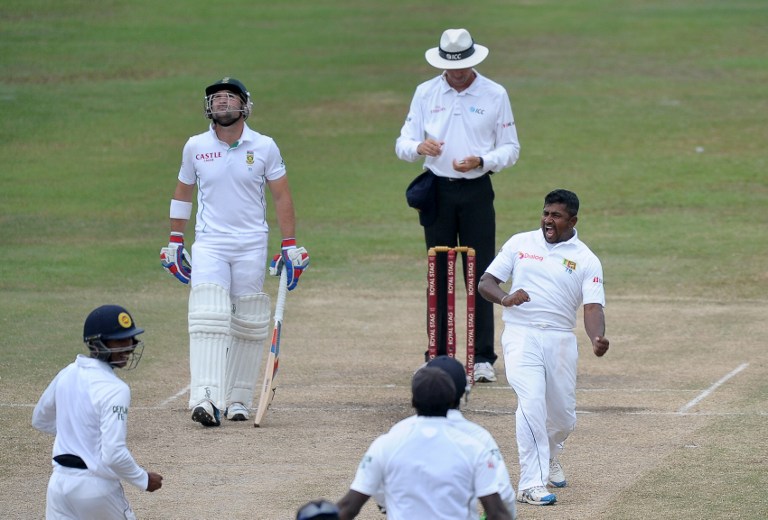 South Africa require another 331 runs to win with nine wickets in hand in their second innings at the close of play on the fourth day of the second and final Test against Sri Lanka in Colombo.

Kumar Sangakkara was in limited-overs mode as he sought quick runs for his side. © AFP

Kumar Sangakkara (72) and and captain Angelo Mathews (63 not out) top scored for Sri Lanka, while Mone Morkel picked up 4/45 to become only the sixth South African to reach 200 Test wickets.

In excess of 60 minutes of play (22 overs) was lost due to rain and later bad light.

The ground staff at the SSC did a commendable job to ensure play was possible without lengthy delays. © AFP

Sri Lanka’s bowlers will need to bowl out South Africa to avoid losing the two-match series, as Hashim Amla’s men lead the series 1-0 after their victory in Galle and require a draw in this Test to secure the series and reclaim their No. 1 Test ranking.

The final day’s play begins 15 mins earlier than the scheduled start time to recover lost time due to bad weather.