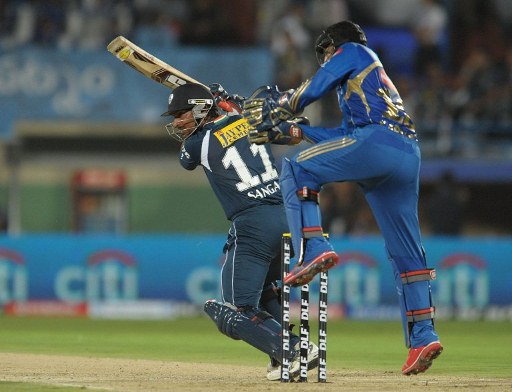 Kumar Sangakkara, skipper of the Deccan Chargers, remains confident that his side can turn things around in this year’s IPL despite two consecutive losses in their opening two matches of the season.

The Deccan Chargers are currently at the bottom of the points table but have 14 matches left in the tournament.

Sangakkara’s men were on course to win their first game last week but a thrilling last-ball finish saw them defeated by the Mumbai Indians.

"Losing is not easy – it’s always hard. But, the positive thing is we know that we are good enough. The way we played against Mumbai proved that we have it in us," Sangakkara said.

"We are going to train hard and try to improve on our game. We will look to make less mistakes."

The Deccan Chargers will meet the Royal Challengers Bangalore in their next match on April 17 at Jaipur.