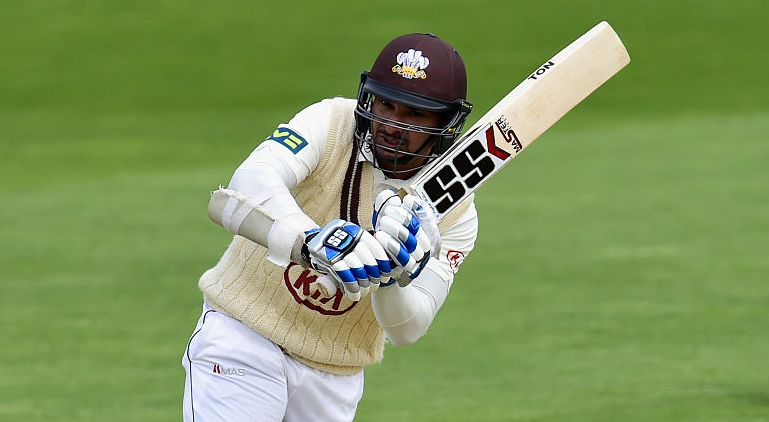 Kumar Sangakkara ended his international career as the highest Test and ODI run-scorer from Sri Lanka and the batting genius has continued his brilliance for Surrey in England since his retirement. © S Forster

Earlier this week, Sangakkara scored his 100th century of his illustrious career, taking Surrey to the semi-final of the Royal London One-Day Cup with a run-a-ball 121.

"We've known for a while, but [Sangakkara] is truly one the greatest to have played," Gilchrist tweeted. "A master craftsman. Congrats on the 100×100."

Sangakkara became the 37th cricketer to have reached the milestone. England's Jack Hobbs has the most career centuries, with 199 under his belt.

Three batsmen — Don Bradman, CB Fry and Mike Procter — hold the record for most consecutive centuries in first-class cricket, which Sangakkara missed by 16 runs after falling for 84 against Essex at Chelmsford in May.

Sangakkara joined a list of only five players to have made five consecutive centuries in first-class cricket.

With 906 runs, including a double-century, from six County Championship matches this season, the 39-year-old currently averages 90.60 (5x100s, 2x50s) and leads the batting charts in England's premier first-class tournament.

The fifth-highest Test run-scorer, who has already retired from international cricket, announced recently he would be retiring from first-class cricket and will continue to feature in domestic T20 competitions.