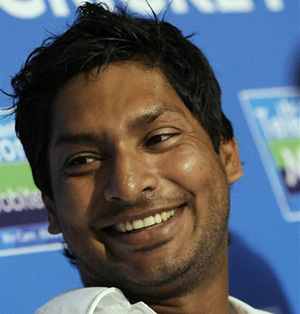 Sangakkara, 34, will become the second Sri Lankan to join the WCC, after Michael Tissera, as its youngest ever member.

He will join the committee during its upcoming meeting in Cape Town on January 8, after the conclusion of Sri Lanka’s third Test against South Africa at Newlands.

India’s Rahul Dravid is the other current international player on the committee.

“When Mike Brearley invited me to join the MCC World Cricket Committee, he explained exactly what the role of the committee is, and how they would like me to be involved, it was an instant ‘yes’ from my part," Sangakkara said.

“It is a great initiative, and there are some fantastic people already on the committee that can positively influence the very life and spirit of cricket going forward.”