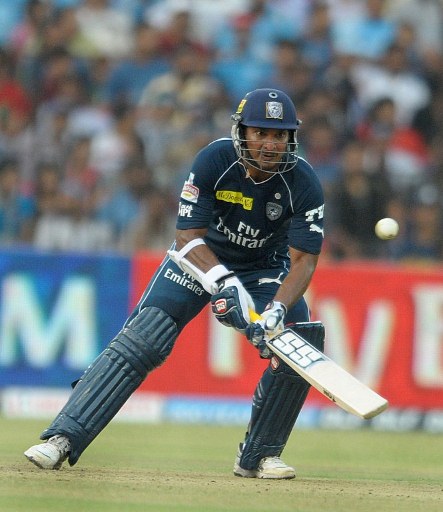 After dropping himself for the previous game, Deccan Chargers’ captain Kumar Sangakkara marked his return to the side and ended his poor form with the bat in this year’s Indian Premier League (IPL) with a blistering half century.

Sangakkara smashed 82 off 52 balls, including two sixers and 10 fours, helping his team reach a challenging 186/4 in 20 overs.

Along with Cameron White, Sangakkara added 157 runs for the third wicket – the third-highest partnership in the history of the IPL. The partnership lasted 14.2 overs and the pair scored their runs at almost 11 runs-per-over.

Pune Warriors fell 13 runs short of their target and could only manage 173/5 in their 20 overs.