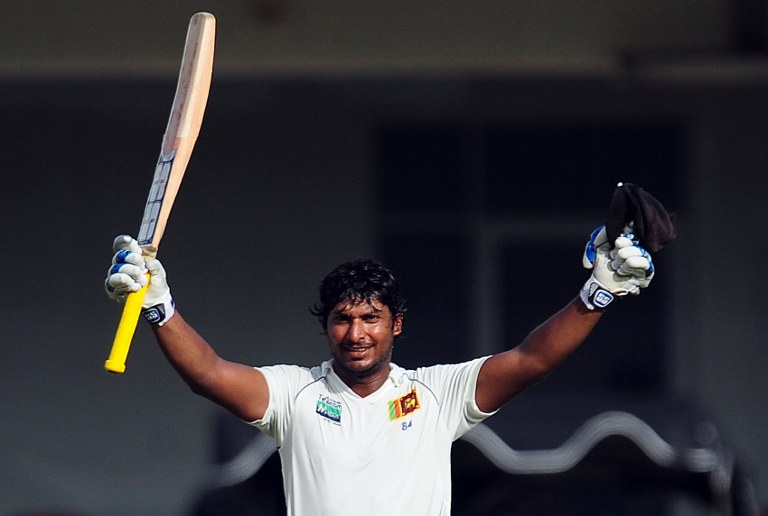 Kumar Sangakkara celebrates after scoring a century during the the second Test match against Pakistan. © AFP

Sangakkara’s unbeaten knock of 199 against Pakistan in the first Test in Galle last week helped him vault three places to second in the rankings behind West Indian batsman Shivnarine Chanderpaul.

The former Sri Lankan captain followed up that century with 192 in the second Test to secure pole-position and also surpass Don Bradman’s record of 29 Test centuries.

Sangakkara last topped the rankings in November 2011 before slipping down in March 2012.