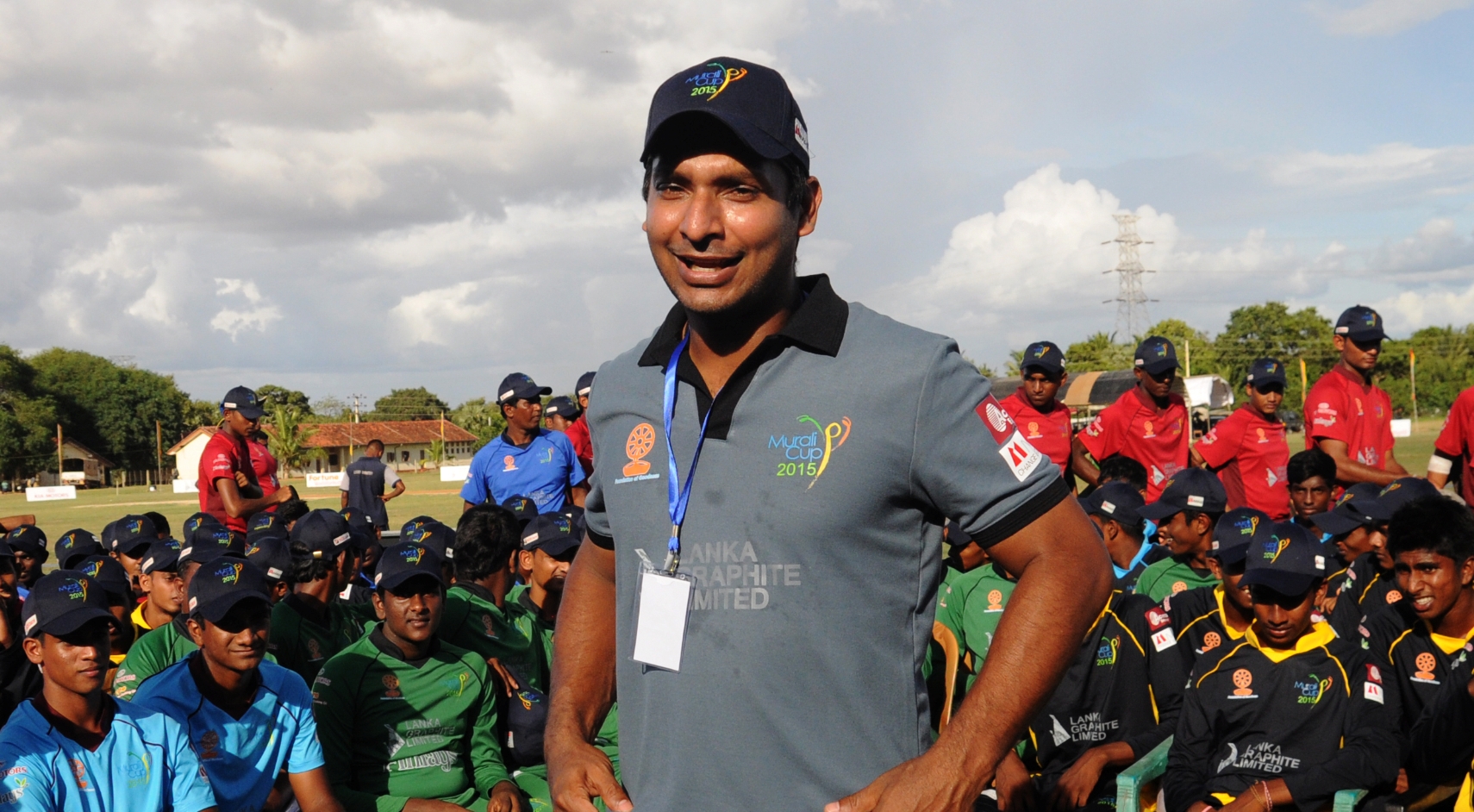 Kumar Sangakkara was in Sri Lanka's war-ravaged north to open this year's edition of the tournament. © Murali Cup

Sangakkara travelled to Kilinochchi to meet the players participating in the five-day tournament and took part in a question and answer session with the young cricketers. He emphasised that the tournament was about building friendships with teams from all across the island.

The Murali Cup is a reconciliation cricket tournament that promotes unity, goodwill, teamwork, the spirit of fair play and service to disadvantaged rural communities in post-war Sri Lanka. The 2015 tournament takes place from October 7-11.

The tournament features under-19 schoolboys and under-23 women cricketers and is being played at five grounds across northern Sri Lanka, in the towns of Jaffna, Oddusuddan, Mankulam and Kilinochchi.

This year's tournament, the fourth since the inaugural event in 2012, has been expanded to 24 teams, which will see a total of 360 cricketers — most from disadvantaged rural schools — participating.