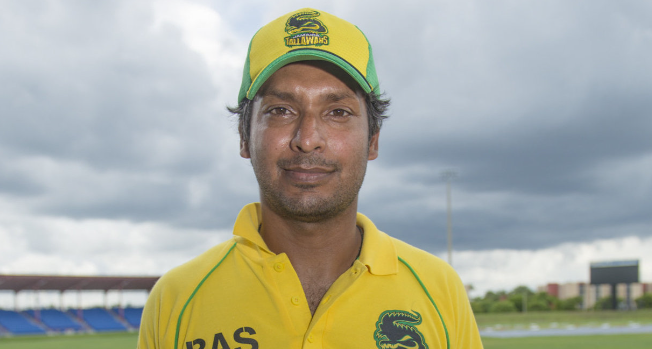 Batting legend Kumar Sangakkara was in Florida this month for a Caribbean Premier League event. © CPL/Sportsfile

Kumar Sangakkara has said newcomers to the Sri Lanka side will need regular exposure to top-level cricket before they can be expected to perform consistently, as Sri Lanka's first-class system does not sufficiently prepare young cricketers for the big stage.

Sri Lanka are in the midst of a rebuilding phase after the retirements of Mahela Jayawardene and Sangakkara, both ex-captains and accomplished, senior batsmen.

Sangakkara suggested in a recent interview with First Post from Florida, USA, where he attended an event organised by the Caribbean Premier League, that this phase will perhaps last one-and-a-half years, and there is reason for concern if they continue to struggle following that.

"If they have disappointing results one and a half years from now, then we can probably reassess how Sri Lankan cricket is faring," he said. "But at the moment what they need is exposure, good quality games like what they are playing now [in the Pallekele Test], a lot of support, a lot of patience, and ensure that we give them the right support at first-class level to ensure that their cricket is being played at a much higher level than it is now."

Kumar Sangakkara believes young Sri Lankan cricketers need to be persisted with and given a prolonged opportunity instead of being too quickly discarded. © AFP

The batting legend emphasised that the first-class cricket competition in Sri Lanka may need restructuring to ensure his home nation remains competitive.

"Refine that first-class system, make sure that when players go through that first-class system they come out on the other side as better players, more-equipped to handle the international stage," Sangakkara said. "So there are lots of improvements that we can make, but talent-wise and ability-wise we have some of the best young players going around."

Looking to the future, Sangakkara was optimistic regarding Sri Lanka's talent and youth, and again reinforced the importance of the 18-month period as a measuring stick for progress.

"I think it is a positive picture overall. There is always the doomsday prophets who will say: 'Sri Lankan cricket hasn't done too well in 2016 and cricket there is not healthy', and I just see the recent tour to England as a start of a one-and-a-half-year period where the team builds.

"There are quite a lot of young players, a lot of debutants, so we just need to give them some time to build."