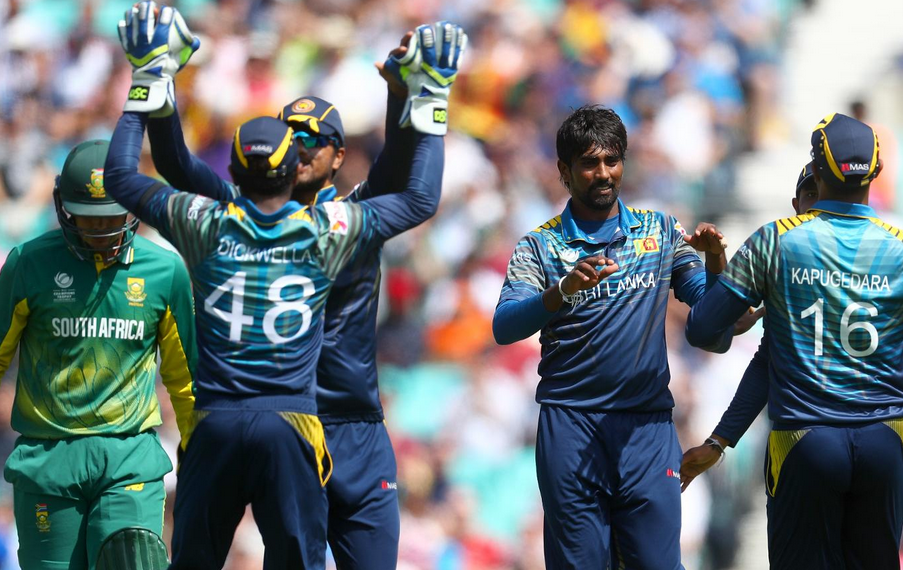 It was an extremely disappointing start to the tournament for the Sri Lankans. Missing captain Angelo Mathews badly, they showed all the reasons why they have been so inconsistent in the past 18 months.

The bowlers started strongly and then fought-back well in the final death overs after a wonderful partnership between Hashim Amla and Faf du Plessis. There were also glimpses of promises with a lively start from Niroshan Dickwella and Upul Tharanga.

However, there was also a lack of clarity in purpose and a confusion in role identification. The players were too timid to decisively commit to their strengths or the situational requirements.

As a Sri Lankan, I hope they are able to regroup and commit to a brand of cricket the fully displays the wonderful talents and abilities I know they possess.

South Africa, on the other hand, will be delighted to have completed a comprehensive win, bagging critical points, but they did not play like a champion side. No future opponent watching them today would have thought they were witnessing a ruthless and clinical performance by an unbeatable side.

However, what they did show was character. They showed the ability to come back from tough situations and they also showed once again that in leg-spinner Imran Tahir they have a talisman that makes their attack far more potent and effective. He is a match winner who lifts the entire side with his skill and exuberance.

AB de Villiers also had a good game in charge of the South Africans. Except for giving Wayne Parnell a few too many overs at the start of the innings, he marshaled his side with skill and authority. Field settings were imaginative and challenging. His bowling changes for the most part were smart and effective.

Although not dominant, South Africa will be relieved with the result and also confident in the knowledge that it is capable of much better.

Sri Lanka's problems started before the game with the injury to Mathews. Facing the South Africans without their captain and most experienced and able batsman was always going to be a challenge.

It also presented them with a selection dilemma. They choose the more conservative option and decided to bolster the batting, playing just four specialist bowlers with Asela Gunaratne as the fifth bowler. It was a big gamble given the strength of South Africa's batting and the fact that Lasith Malinga was playing his first ODI for a long time.

Having won the toss, Sri Lanka inserted South Africa to bat on a slightly tacky two-paced pitch and it would have been hoping to exploit this initial advantage to the maximum. Indeed, the first 10 overs from Malinga and Lakmal were disciplined with Quinton de Kock and Amla being respectful of the bowlers and conditions.

The inconsistent pace of the wicket made shot-making difficult and both batsmen struggled to find their timing. The Sri Lankan bowlers assessed pitch conditions superbly and, although lacking bite and penetration, managed to make scoring difficult and the going tough for the opposition.

Sri Lanka was in need of a breakthrough when Nuwan Pradeep came into the attack and his beautiful delivery to de Kock did the trick.

Du Plessis immediately showed intent and innovation in an attempt to move the scoring rate along. Unfortunately for Sri Lanka, it was not able to capitalise on an opportunity with Malinga misjudging a catch in the deep.

Amla and Du Plessis thereafter batted extremely intelligently. Understanding the need for a strong foundation for their batting unit, they mixed caution and aggression with some superb running between the wickets. They pushed the fielders hard and maneuvered the ball into gaps so that the need for high risk shot making was minimised.

By the time Du Plessis was dismissed for 75, South Africa was threatening to build a total well beyond the chasing capability of the Sri Lankans. However, the early exit of de Villiers and the run-out of Amla after a magnificent century brought the match back in the control of the Lankans.

At one stage South Africa looked set to score below 290, well below the huge scored that had been threatened, but a wonderful cameo at the death from JP Duminy lifted them again.

The total was respectable but only marginally above-par at The Oval and I think the Sri Lankans would have walked off the park feeling confident and satisfied, aware that an upset was possible.

To win they would require a solid start, a few batting partnerships, and one of the top four batsmen to bat deep into the game. Unfortunately they only got one of those right: a bright start.

Niroshan Dickwella played some in innovative and telling strokes in getting Sri Lanka off briskly. Against the pace of Kagiso Rabada and Wayne Parnell, he looked assured and confident. Moving around the crease, he unsettled them and forced them to bowl to his strengths.

After 10 overs they were ahead of the pace, but the Sri Lankans joy was short-lived as Morne Morkel dismissed Dickwella and then de Villiers pulled off a brilliant catch to get rid of Kusal Mendis.

With the game in the balance with Sri Lanka's most experienced pair at the crease, Tahir then started his match-winning spell, ripping through the middle order and quickly extinguishing hope for Sri Lanka.

Sri Lanka would have been bitterly disappointed having squandered the opportunity to beat one of the tournament favourites. Its inability to absorb pressure, to take the match deep with partnerships, and inability to read situations allowed South Africa to escape a tricky situation.

Perhaps with hindsight, Sri Lanka might rue trying to protect Mathews in the opener in the hope that he would be fitter to play India as he was sorely missed in the batting effort. His form and ability was exactly what was needed in the run chase.