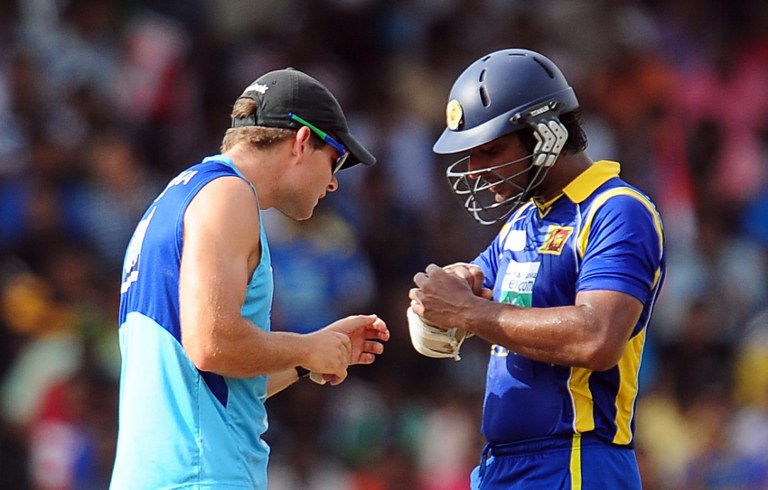 A blow to Kumar Sangakkara’s right hand when batting during the third ODI against India in Colombo today has ruled the star batsman out of the rest of the series.

Sangakkara was taken to hospital for X-rays and was later ruled out for four to six weeks.

The in-form batsman was struck in the 15th over of the game after ducking into a short ball by Ashok Dinda and required immediate attention from the physio.

A fracture close to the knuckle near his little finger on his right hand is suspected.

Although he was hit when he had made just 23 runs, Sangakkara continued to bat on and scored a valuable half-century.