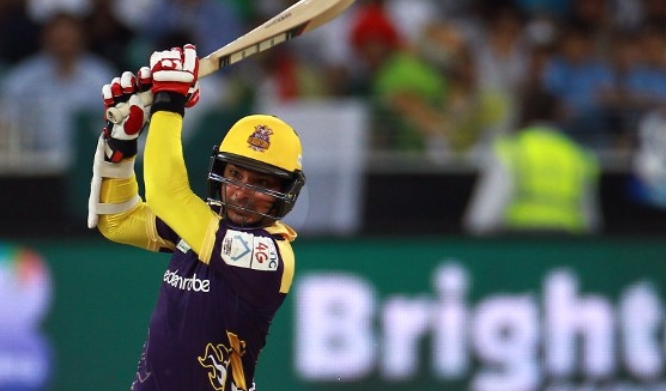 Kumar Sangakkara made his runs in quick time and finished with a strike-rate of 171.87 in the final of the Pakistan Super League. © AFP PHOTO

Kumar Sangakkara's half-century proved to be in vain, as his side Quetta Gladiators were defeated by Islamabad United in the final of the Pakistan Super League (PSL) in Dubai on Tuesday.

The Sri Lankan cricket great, who walked in with the Quetta Gladiators at 33/2, hit 55 off 32 balls (seven fours and two sixes), and featured in a 87-run partnership for the third wicket with Ahmed Shehzad.

Islamabad United chased down the target of 175 in 18.4 overs and clinched the final by six wickets.

Sangakkara featured in four matches in the inaugural PSL, which was held in the United Arab Emirates, scoring 129 runs at a strike-rate of 144.94.