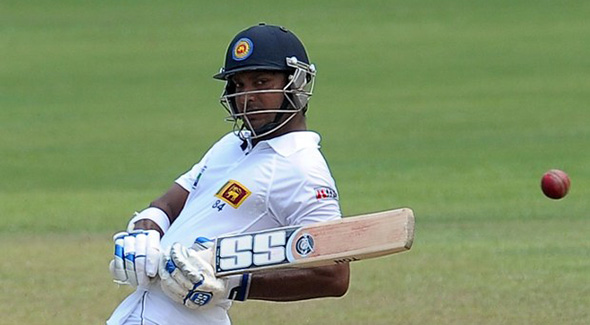 Kumar Sangakkara signed with Durham in order to prepare for Sri Lanka’s tour of England. © AFP

Kumar Sangakkara’s two-match stint for Durham got off to a poor start, with the top Sri Lankan batsman being dismissed for a duck during the third day’s play in the LV County Championship match against Yorkshire at Chester-le-Street on Tuesday.

The number-two ranked Test batsman played tentatively on the back-foot to edge a Ryan Sidebottom delivery to third slip who dropped the chance, but the second slip took it on the rebound to see the back of Sangakkara for a second-ball duck.

Durham were in trouble at 70/3 at the fall of Sangakkara’s wicket, chasing Yorkshire’s mammoth 589/8 declared.

Sangakkara signed with Durham to prepare for Sri Lanka’s tour of England starting later this month.

His next match for the county takes place on May 11 against Sussex.