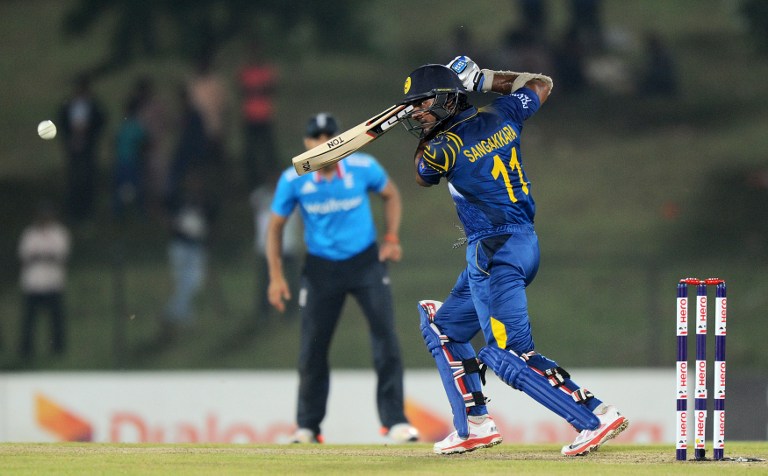 Kumar Sangakkara is only the fourth player to score 13,000 ODI runs. © AFP PHOTO

Kumar Sangakkara crossed 13,000 ODI runs during the third ODI between Sri Lanka and England in Hambantota on Wednesday to become only the fourth batsman to achieve the feat.

The 37-year-old joined Sanath Jayasuriya as the second Sri Lankan to have scored more than 13,000 runs in one-dayers.

In addition to his batting, Sangakkara has 474 ODI dismissals as a wicketkeeper — the most by any keeper. He surpassed Adam Gilchrist's 472 dismissals in the third match of the ongoing ODI series against England.

Sangakkara is currently the number-one ranked Test batsman and sits at number-five in the ODI batting rankings.