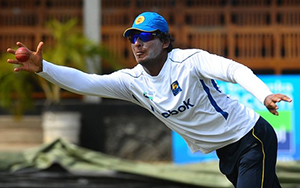 November 20, 2010 (Island Cricket): At the end of the first Test in Galle, Kumar Sangakkara admitted the pitch at the R. Premadasa Stadium in Colombo remained a mystery to the home team. The venue has been under construction for next year’s World Cup, and the second Test against the West Indies starting on Tuesday will be the first time an international game will be held there since construction began in March this year.

"We really don’t know what we’re going to get there, so we’ll leave that up to the groundsman, and have a look when we train. We’re also waiting to see what the wicket will be like," the Sri Lankan skipper said when asked about the Premadasa Stadium.

In July this year, Andy Atkinson, the ICC pitch consultant raised concerns over the condition of the outfield and the pitch at the Premadasa Stadium claiming he was worried at the slow pace of progress. However, Secretary of SLC, Nishantha Ranatunga, speaking to the Sunday Times in Sri Lanka assured that the playing surface, including the pitch, will be ready.

"The playing area is perfect and we are hoping to have ideal playing conditions," Ranatunga told the paper last week, but admitted that the stands were still incomplete due to ongoing construction.

Sri Lanka Cricket’s national curator, Anuruddha Polonowita, faced criticism when the Indians toured here in August this year, and will be under pressure to deliver. Polonowita was criticised for the inconsistent bounce at the practise wickets at Dambulla when Indian players were hit after deliveries rose off a good length during a practise session. He was also criticised for the nature of the pitch in Dambulla for the Tri-Series featuring India and New Zealand and a placid wicket at the Sinhalese Sports Club ground, which once boasted of a track with pace and bounce.

Sri Lanka and West Indies now head to Colombo for the second Test starting November 23 at the R. Premadasa Stadium.