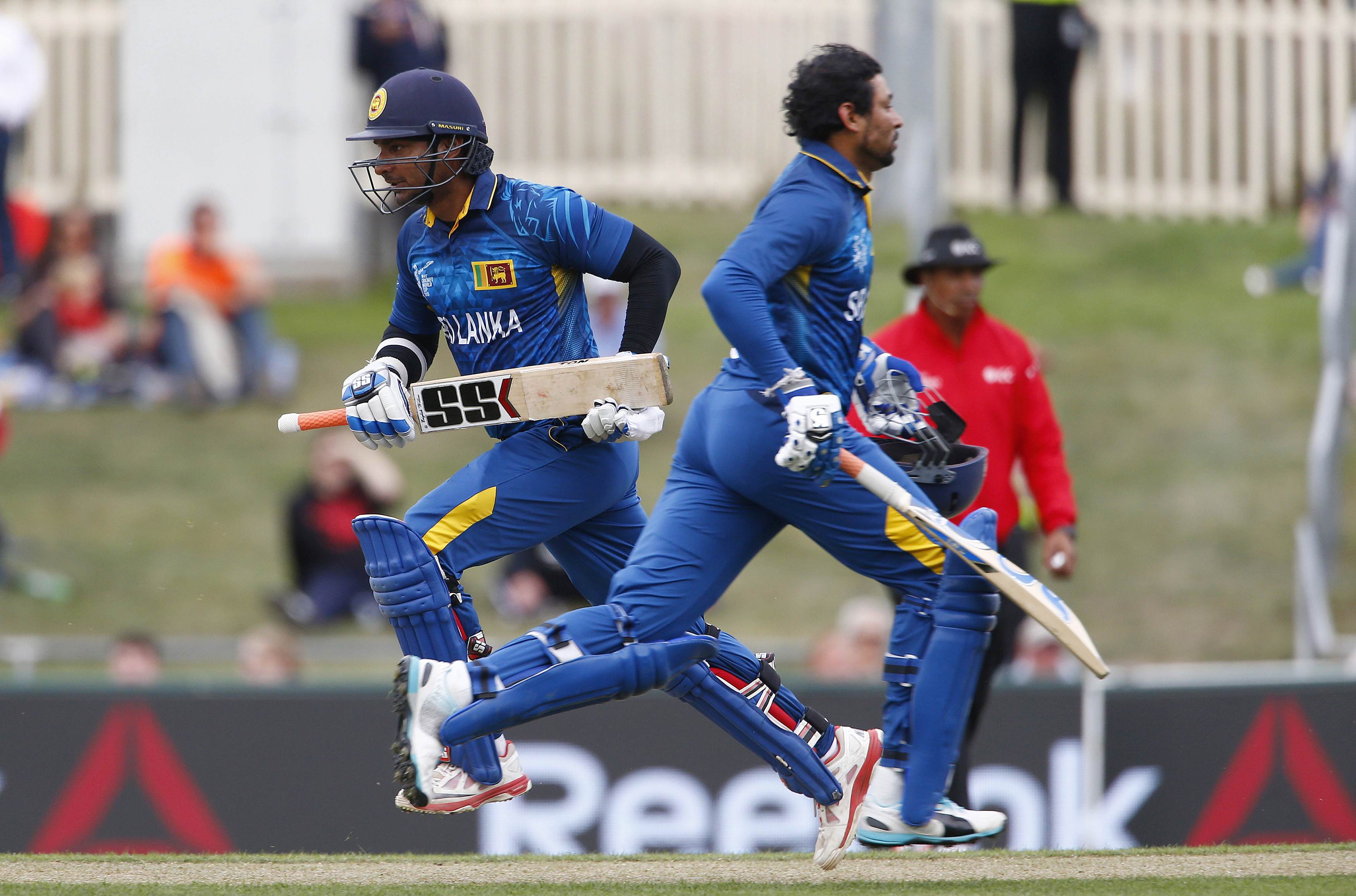 The veterans combined yet again in a match-winning partnership. © Reuters

Kumar Sangakkara became the first batsman to hit four successive centuries in a World Cup and Tillakaratne Dilshan stroked a fluent hundred in Sri Lanka's 363-9 against Scotland in a Pool A match at Bellerive Oval on Wednesday.

His team have already booked a place in the quarter-finals but Sangakkara's insatiable appetite for runs continued unabated as he added 195 runs with Dilshan (104) against Scotland's limited bowling resources on a perfect batting track.

Sri Lanka captain Angelo Mathews (51) also joined the party, clobbering six sixes in his 21-ball blitz in the frantic final phase of the innings when ropes were cleared and wickets tumbled regularly.

Sangakkara (124), who went into the match as the highest run-getter at this year's tournament, reached the 100-mark in 86 balls and went on to consolidate his position at the top of the batting table with another scintillating knock.

The pair added 195 for the second wicket. © Reuters

Dilshan hit 10 fours and a six in his fluent innings before falling to Josh Davey (3-63) in the 35th over.

Earlier, Mathews won the toss and decided to bat first but Scotland did well to restrict Sri Lanka to 46-1 after 10 overs.

Dilshan and Sangakkara consolidated the innings before counter-attacking near the halfway mark when Dilshan hit Davey for back-to-back fours and followed it with a six.

Soon the former captains got into a competition to reach the century first. Dilshan completed his 22nd ODI hundred in the 34th over with a single that brought Sangakkara on strike and the 37-year-old southpaw achieved his on the very next ball.

After Dilshan's fall, Sangakkara hit Alasdair Evans for four boundaries and a six in a 24-run over.

Davey dealt a double blow in the next over, dismissing Mahela Jayawardene and Sangakkara off successive deliveries to become the tournament's highest wicket-taker.

Jayawardene ballooned a miscued shot to the mid-off fielder and Sangakkara fell caught behind after his 95-ball knock that contained 13 boundaries and four sixes.

Mathews hit Matt Machan for four successive sixes to race to a 20-ball fifty before perishing in his quest for the fifth of that 25-run over.