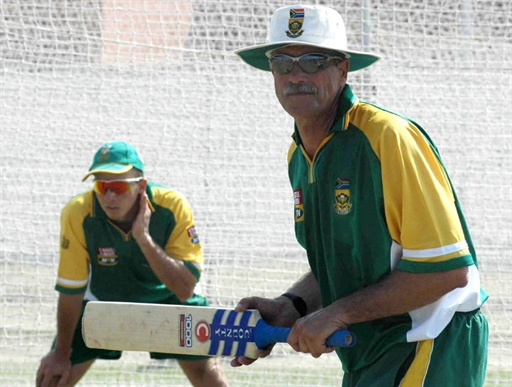 June 3, 2011 (Island Cricket): Coach of the Royal Challengers Bangalore Ray Jennings has said that Sri Lankan captain Tillakaratne Dilshan has discussed with him the possibility of coaching Sri Lanka.

Sri Lanka are currently utilising the services of Stuart Law as an interim head coach on their 2011 tour of England, after Trevor Bayliss’ departure at the end of the ICC Cricket World Cup 2011.

Jennings is a former South African cricketer turned coach and is currently the coach of Dilshan’s Indian Premier League team.

"He [Dilshan] probably liked how I do things," Jennings was quoted by South Africa’s News24, as saying. But Jennings was quick to add that nothing had been confirmed yet.

The 56-year-old is contracted by Cricket South Africa (CSA) as the coach of the South African Under-19 team on tour to England next month.