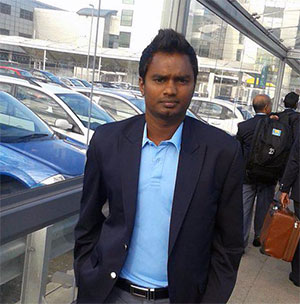 Left-arm spinner Malinda Pushpakumara, the best bowler of the premier inter-club tournament for the last three years, has surprisingly failed to find a spot in any of the four squads picked for the upcoming inter-provincial T20 tournament.

The national selection committee headed by Sanath Jayasuriya selected 68 players (17 players in each squad) for the tournament, where the winners will have a chance of playing in the Champions League T20 to be played in India next month.

The 26-year-old’s non-inclusion is sure to raise many eyebrows.

In the last premier club tournament, Pushpakumara pocketed 68 wickets for Moors SC and in the previous two tournaments too he went past the 50-wicket mark. Pushpakumara toured the West Indies with Sri Lanka A recently and claimed a five-wicket haul in the second unofficial Test — the only match he played in on that tour.

Pacemen Nuwan Pradeep and Dilhara Fernando have also been overlooked for the tournament, which will be played from August 10 to 17. Pradeep was identified as player for the future, while Fernando has reinvented himself in recent times and was named in a Sri Lanka Combined XI to play Sri Lanka A in preparation for the ongoing South Africa series.