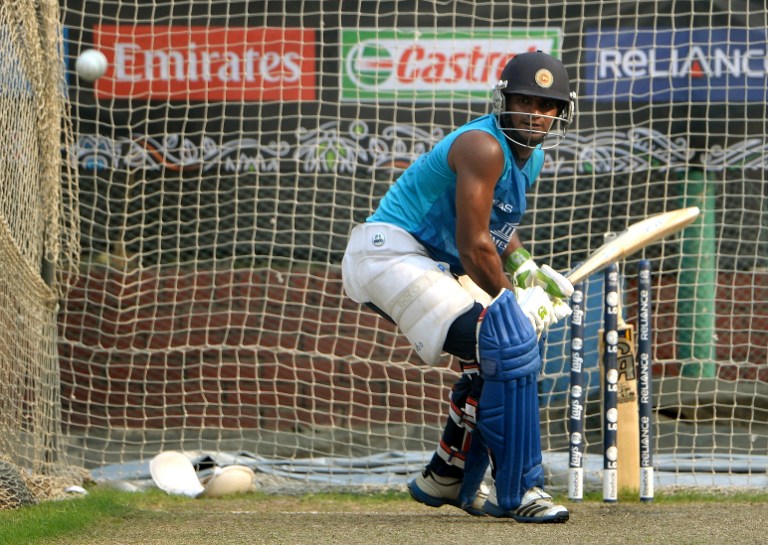 Kusal Perera is one of Sri Lanka’s most exciting young batsmen. © AFP

Twenty20 cricket provides, possibly, the most even playing field there can be in world cricket, where familiarity, or the lack of it, with conditions don’t really make too much of a difference. To add to that, rain for the past few days had prevented the four teams participating in the qualifiers of the Oppo Champions League Twenty20 2014 from getting a feel of the playing area at Shaheed Veer Narayan Singh Stadium in Raipur till Friday, the day before the first two games of the tournament.

Considering all that, Northern Knights, the team from New Zealand, would start their 4pm game against Southern Express from Sri Lanka as the clear favourites, studded as they are with a plethora of their country’s best cricketers.

Kane Williamson is among the hottest young batsmen in world cricket, and BJ Watling is as good as they come among wicketkeeper-batsmen. Daniel Flynn and Anton Devcich are handy options as well, while the back-up batting, led by Scott Styris, should give them confidence.

It’s the bowling, though, that looks even stronger, led as it is by Tim Southee and Trent Boult, with Ish Sodhi as the main spinner, and a host of fallback options around.

Not to forget the fielding, one of the main weapons in the Knights’s armoury. Flynn, the captain, said as much the other day: "We have a lot of experience in our batting. There is a lot of international experience in proven international players, so we are a well-rounded squad. And we are going to field well, so that is going to be an important aspect of our game."

Taking them on first up is a rather careworn-looking Sri Lankan outfit.

The sight of Tillakaratne Dilshan walking out to bat or Lasith Malinga at the top of his bowling mark would have worried Knights, but Southern Express don’t have either of their two stars. Dilshan hasn’t been a part of the team much in recent times and chose to skip the CLT20 because of personal reasons, while Malinga, the team’s captain during the Super Fours tournament, which they won to qualify for the CLT20, has opted to play for Mumbai Indians. Much like Corey Anderson, the Knights man who is in the Mumbai squad.

That means Express have only Jehan Mubarak and Farveez Maharoof to look at for experience and a bunch of youngsters to provide the enthusiasm and the surprise element. But among those youngsters is Kusal Perera, just nine days younger than Kane Williamson, and like the New Zealander, among Sri Lanka’s most exciting young batsmen. In Dilruwan Perera, they have a mighty good offspinning option, and in Seekkuge Prasanna, a legspinner of ability. And them aside, as Mubarak has insisted, the team have youngsters who are waiting for a chance to showcase their abilities.

If this had been a longer game, Southern Express might have had only a slim chance of pulling off a win, but the nature of the T20 game gives them a better shot. Knights would still start as the better team on paper, of course, but a couple of special performances from the Sri Lankans under the mid-afternoon sun and, who knows, maybe we could be in for a surprise.