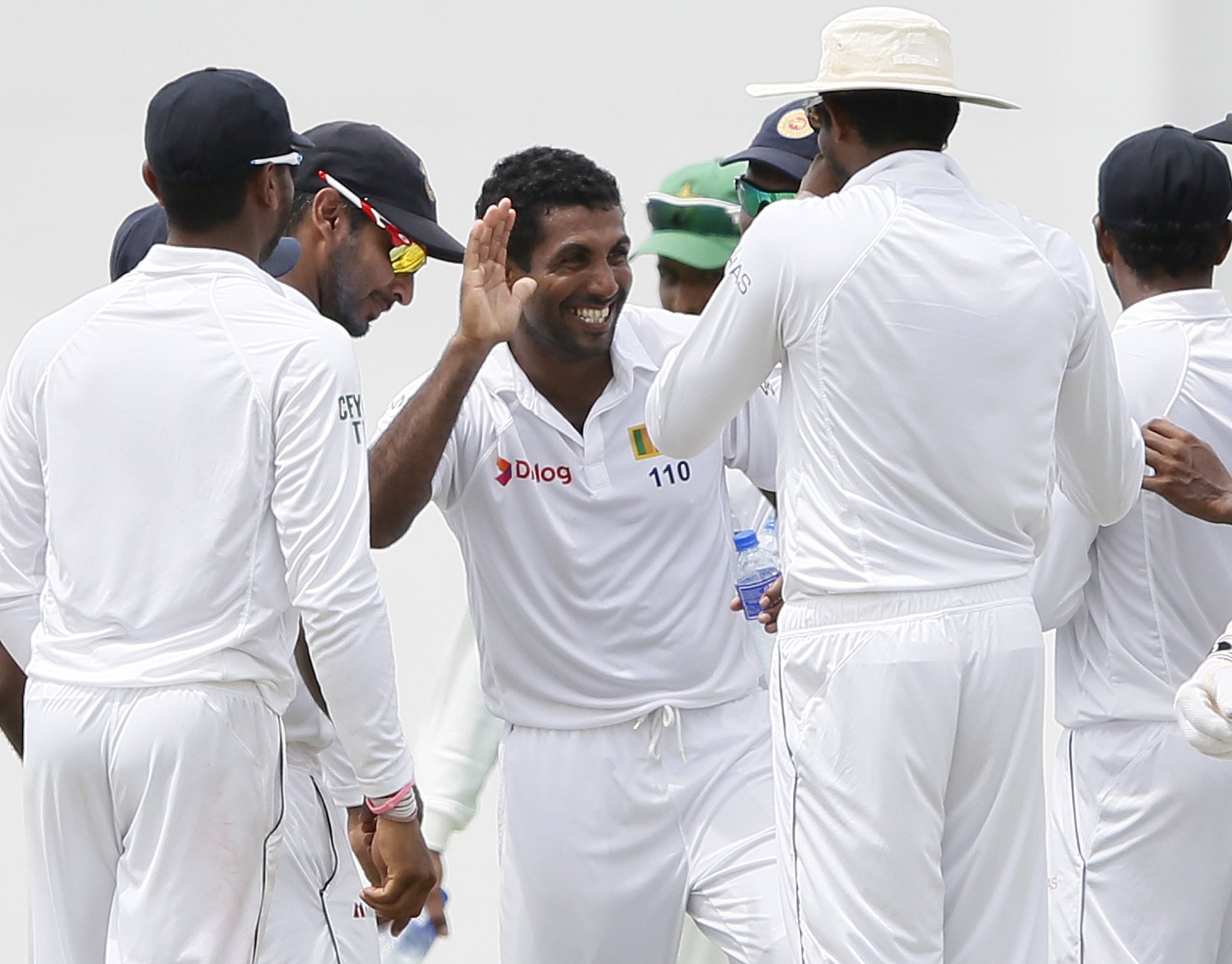 Dhammika Prasad took the two wickets to fall in the first session. © Reuters

Sri Lanka fast bowler Dhammika Prasad struck twice as Pakistan made a nervous start to second Test on Thursday, the tourists reaching lunch on 70 for two wickets as their batsmen struggled.

Mohammad Hafeez (31) and Younus Khan (two), playing his 100th Test for Pakistan, were together at the crease at the break after Misbah-ul-Haq had earlier won the toss and opted to bat.

An unchanged Pakistan, who won the first Test in Galle by 10 wickets, lost Ahmed Shehzad (one) in the third over when the right-hander edged Prasad to first slip, where Kumar Sangakkara completed a sharp catch.

Hafeez, who was hit on the back of his helmet by debutant fast bowler Dushmantha Chameera, and Azhar Ali (26) then added 46 for the second wicket to steady the innings.

Pakistan's one-day international captain Azhar looked fluent during his stay until he was originally given not out by the umpire to a caught behind appeal on the first ball of Prasad's second spell.

However, Sri Lanka captain Angelo Mathews called for an immediate review and the on-field decision was overturned.

Younus was lucky to survive another review from Mathews off his own bowling and battled through to reach lunch after a few more tense moments.

Sri Lanka made two changes to their bowling attack from the first Test, handing a debut to the 23-year-old Chameera in place of Nuwan Pradeep.

Off-spinner Tharindu Kaushal, 22, was called up for his second Test appearance after he replaced the injured Dilruwan Perera.

The third and final Test is in Pallekele from July 3-7 before the teams play five one-dayers and two Twenty20 matches.