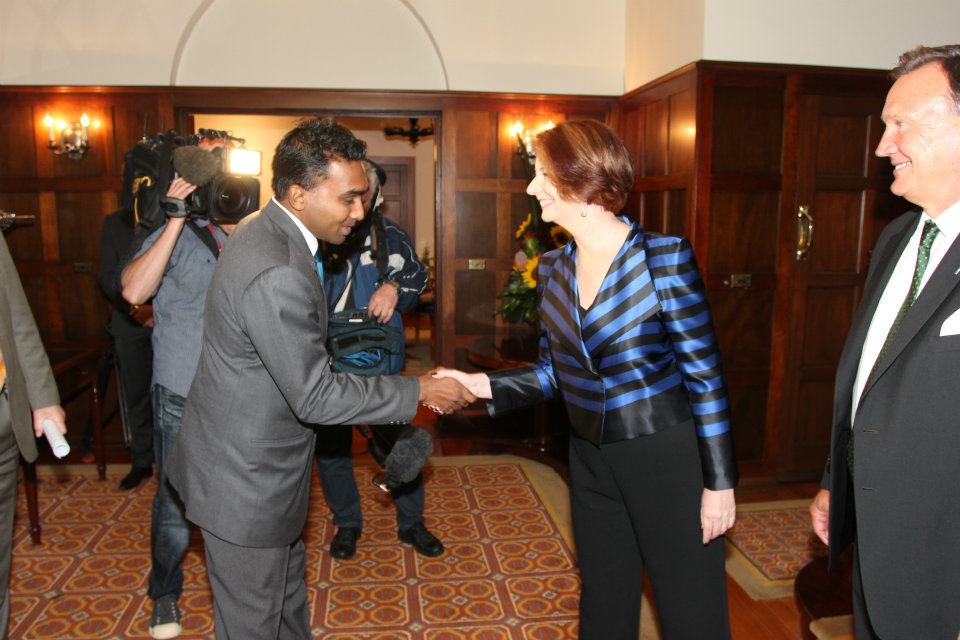 Australia’s prime minister Julia Gillard hosted the touring Sri Lanka cricket team at her residence today, ahead of the team’s practise match against the Prime Ministers XI which takes place on February 3 at the Manuka Oval.

Sri Lanka are in Australia for the Commonwealth Bank Tri Series, which features India and the hosts. The series gets under-way on February 5 with Australia taking on India at Melbourne.

Vice captain Angelo Mathews is greeted by the PM.

Members of the Sri Lankan squad pose for a photograph with the PM.

The team pose with the PM for a group photograph.