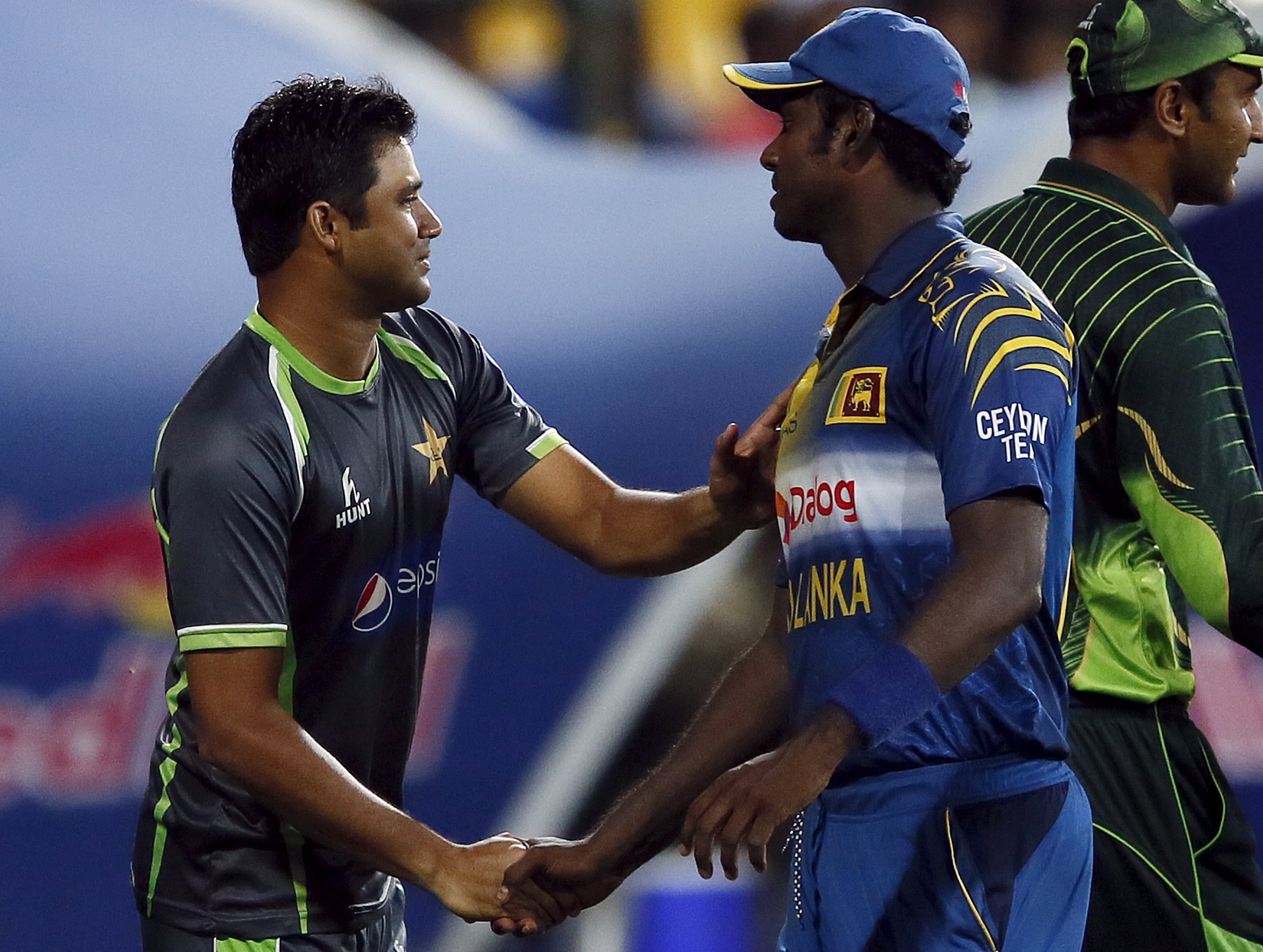 A brisk 95 from opening batsman Ahmed Shehzad after a fine display from the bowlers gave Pakistan an emphatic seven-wicket win and their first One-Day International series win against Sri Lanka in nine years on Wednesday.

Paceman Mohammad Irfan led Pakistan's bowling attack with three wickets as the tourists restricted Sri Lanka to 256 for nine in 50 overs after captain Angelo Mathews won the toss and opted to bat first in the fourth ODI.

Shehzad and Mohammad Hafeez (70) then struck half-centuries as Pakistan chased down the target with more than nine overs to spare to take an unassailable 3-1 lead in the series with a game to spare.

Shehzad and captain Azhar Ali (33) gave Pakistan a rollicking start in their chase with a 75-run stand in 11 overs before the latter fell to Sri Lanka's pace spearhead Lasith Malinga.

The experienced Malinga was unlucky not to have Shehzad out caught at slip in his next over as the fielder allowed the ball to go through his hands for a four, which also brought up Shehzad's fifty.

Shehzad then added 115 for the second wicket with Hafeez to take Pakistan closer to the target before he got out to a brilliant diving catch by Kusal Perera at third man off paceman Suranga Lakmal.

Shehzad hit 12 boundaries and a six in his 90-ball knock.

Earlier, Sri Lanka looked on course to set a challenging total after a 109-run partnership for the second wicket between Tillakaratne Dilshan (50) and Lahiru Thirimanne (90).

But the hosts kept losing wickets at regular intervals which robbed them of their momentum and their innings disintegrated from 109 for two in the 23rd over to 256 for nine when Pakistan completed bowling their 50 overs.

Thirimanne tried to hold the innings together initially but fell trying to look for boundaries and was caught at deep square-leg by a diving Shehzad off legspinner Yasir Shah.

The fifth and final ODI will be played at Hambantota on Sunday before the two sides take part in a two-match Twenty20 international series.