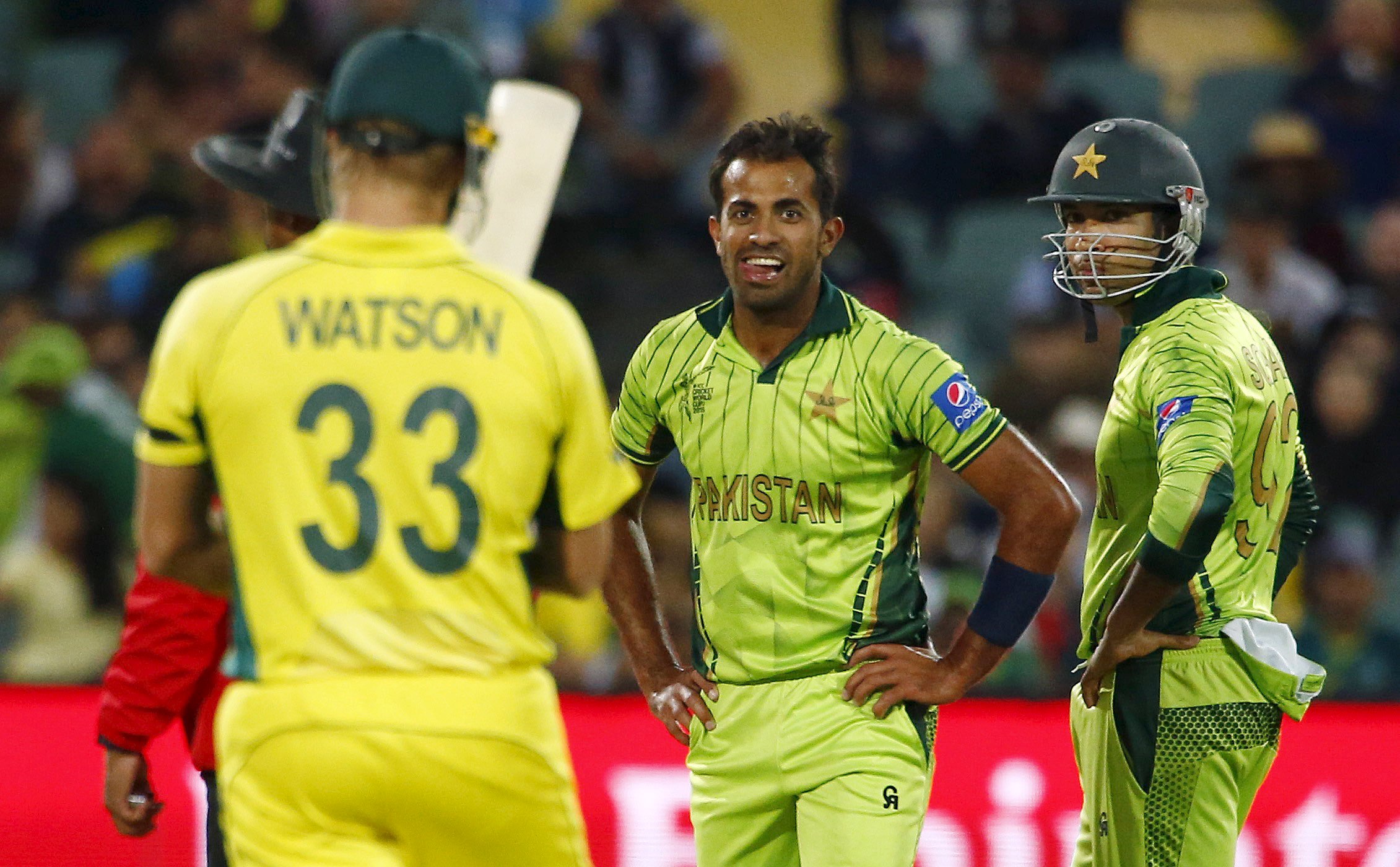 Wahab Riaz may play in the ODI series against Sri Lanka. © Reuters

Fast bowler Mohammad Irfan has recovered from a hip injury and was named in Pakistan's one-day squad on Friday for the five-match series in Sri Lanka later this month.

The 33-year-old giant paceman had his World Cup campaign cut short earlier this year by a pelvic stress fracture and has not played since.

Fellow left-arm paceman Wahab Riaz, who missed the ongoing third and final test against the same opponents after sustaining a hand injury in the second test, may play the last two one-dayers, provided he recovers sufficiently.

"The rehab process of Wahab Riaz is being monitored and our medical panel is expected to re-scan his injured left hand around the middle of this month to find out the recovery process," chief selector Haroon Rashid said in a statement.

The 16-member team led by Azhar Ali includes uncapped batsman Mukhtar Ahmed, who has been rewarded for his Twenty20 International skills underlined by a 158-plus strike rate.

"Mukhtar Ahmed has shown tremendous improvement during this period and performed well at international level in T20 format," Rashid said.

"Selection committee feels that it is the right time to assess his potential in the one-day format by giving him an opportunity."