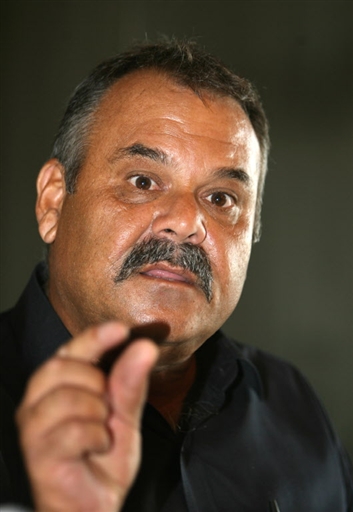 There were at least 11 wrong decisions made by the on-field umpires on the first three days of the first Test and Pakistan were at the receiving end of most of them. Thus far, eight decisions have gone against Pakistan.

"I think the home board here had it against England, so why aren’t we having it here? I don’t know," Whatmore, himself an ex-Sri Lankan coach, questioned.

"It doesn’t seem right to me that in one series you can have it and in another you don’t. It’s very difficult to understand."

SLC made use of the UDRS system for the recent Test series against England but opted not to use the technology for the current series. The UDRS system allows players to contest wrong umpiring decisions.

Special cameras are required for the UDRS system. And for each Test match, the equipment is said to cost around $US 150,000. But SLC is facing a severe financial crisis at the moment.

"What is important is for the Decision Review System to be made mandatory for every series. I think that will go into rectifying a lot of things. Anything that will help make a better percentage of correct decisions is welcome," Sri Lanka’s World Cup winning coach Whatmore said.

The Pakistan captain’s report to the ICC will most certainly point out a number of umpiring errors.

"What I need to say will be done through official channels," Whatmore added.

"There’ll be a bit to say but I can’t make any public comments. If I do that, I’ll be in trouble. We’ll do it the right way."

Summing up the status of the game, Whatmore agreed it’s a near impossible task for Pakistan to save the game with two more days left in the Test match.

"Clearly, the first day was a bad one for us. They were 300 for two. The subsequent days haven’t been that bad. We got eight wickets in the second day for 170. You take that on any day. But we didn’t do well in our first innings towards the end of day two," he admitted.

"We can’t win this game, that’s for sure. We’ve got to try and draw it somehow. There are two days to go and maybe someone upstairs will do something about it."