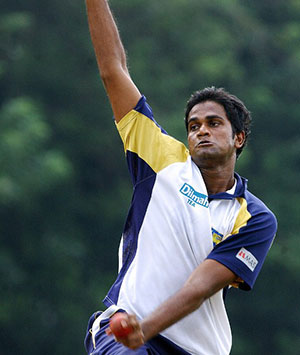 Former Sri Lanka fast bowler Nuwan Zoysa is soon to be named coach of Goa’s Ranji Trophy squad. He is expected to take charge next month.

Zoysa was Goa’s coaching consultant last season and provided bowling tips to the squad, then coached by Karnataka’s Dodda Ganesh. This time around, though, Ganesh’s contract has not been renewed and Zoysa will be in Goa on a full-time basis.

"He will be our full-fledged coach and will be based here," said GCA secretary Chetan Desai. He will be assisted by Prakash Mayekar.

"Dodda Ganesh, despite the limited time at his disposal, had done a decent job but we had to fall back on Zoysa for a full-time role. I think his international experience will help our players a great deal. Zoysa’s focus will be more on match situations. What the Goan cricketers really need is mental toughness," said Desai, formerly manager of the Indian cricket team.

The GCA initially had plans to select the probables in July itself and then arrange for a short training camp in Sri Lanka. But while the plan to start preparing early has remained unchanged, it is unlikely that the squad will be making the trip to Colombo. Instead, Bangalore looks like the more likely venue for a training camp.

"We are disappointed with Bisla’s performance but Ravikant proved to be a good bet. He was consistent throughout and we will need his services again," said Desai.

Shukla, a sturdy middle-order batsman, previously represented Uttar Pradesh in the Ranji Trophy but never quite lived up to his enormous potential as a youngster.