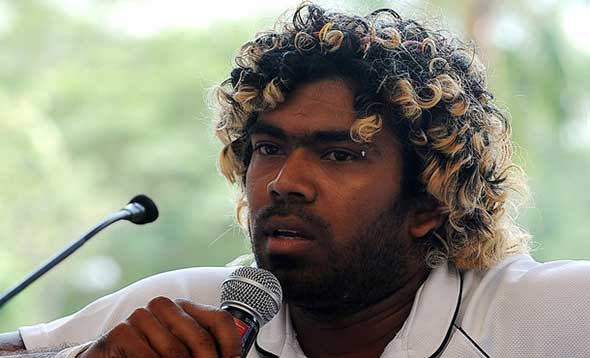 Lasith Malinga issued the following statement from Mumbai this evening, in response to the national selectors’ comments to the media earlier this week, on his inability to play Test cricket for Sri Lanka, but not Twenty20 cricket at the Indian Premier League (IPL).

In January of this year I wrote a letter to Sri Lanka Cricket and released a statement to the media confirming that I planned to reassess my Test future after the World Cup.

After the tournament I decided that I needed to make myself unavailable for Test cricket in an effort to prolong my career as a national cricketer for Sri Lanka.

Although I am sufficiently fit to play both ODI and T20 cricket, I have a long-standing degenerative condition in my right knee that needs to be carefully managed.

The condition relates directly to the chronic knee injury I sustained playing for Sri Lanka in Australia back in February 2008, an injury that prevented me from playing ODI cricket for 16 months.

The injury was a career-threatening injury and my orthopaedic surgeon was of the opinion that given his experience with other professional athletes in Australia I was very fortunate to play again.

I have since been advised by the national team physiotherapist and my orthopaedic consultant that my condition will deteriorate when fielding or bowling for prolonged periods.

I did try to return to Test cricket after a three-year absence last year following requests from the team management and the selectors, but it left me unfit nursing severe knee pain for two months.

I have realised that the heavy workload of Test cricket, which requires a fast bowler to be able to bowl more than 15 overs, sometimes on consecutive days, could lead to permanent injury.

I have carefully considered my options and have decided that not playing Test cricket will help me achieve my goal of representing Sri Lanka in the 2012 World Twenty20 and the 2015 World Cup.

While representing Sri Lanka in as many ICC events as possible is my priority, I am fully available for selection for all Sri Lanka’s ODI and T20 matches.

I plan to travel to Sri Lanka shortly to discuss my future plans with the selectors.