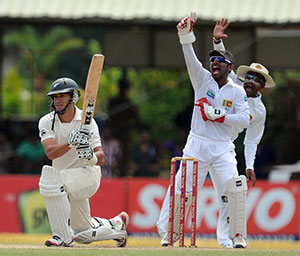 New Zealand were 396 for eight wickets at tea on day two of the second and final Test match against Sri Lanka at the P Sara Oval in Colombo.

Daniel Flynn (50) and Jeetan Patel (13) remain unbeaten and have added a 22-run partnership to help the visitors near the 400-run mark in their first innings.

Earlier, New Zealand captain Ross Taylor (142) and Kane Williamson (115) combined to add 262 runs for the third wicket, while Doug Bracewell (24) and Flynn put on 46 runs for the seventh wicket.