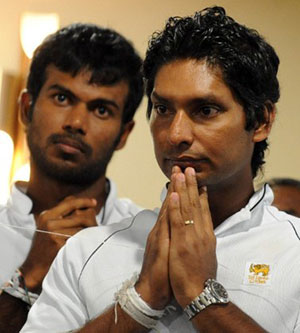 August 29, 2011 (Island Cricket): Sri Lanka’s new physiotherapist Steve Mount has cautioned players against the use of faith healers and has requested national cricketers to consult him prior to seeking treatment from such individuals.

The Australian physio joined the Sri Lankan team this month after the previous physio Tommy Simsek’s contract ended in April.

While no ban has been implemented against the use of faith healers, Mount said that he would like to be informed first.

"If they’re going to see someone else, they really should run it by me," he told the Sydney Morning Herald.

"I think traditionally they’ve seen a few of those doctors around, speaking to the last physio who was here.

"But with Upul Tharanga and the drug controversy that happened with him, I don’t think it’s going to be quite as popular to go off to those guys now."

"As long as they’re open with me and I know exactly what they’re doing, it’s OK," Mount added.

"Anything they take they should be run by me, and then I can check it."