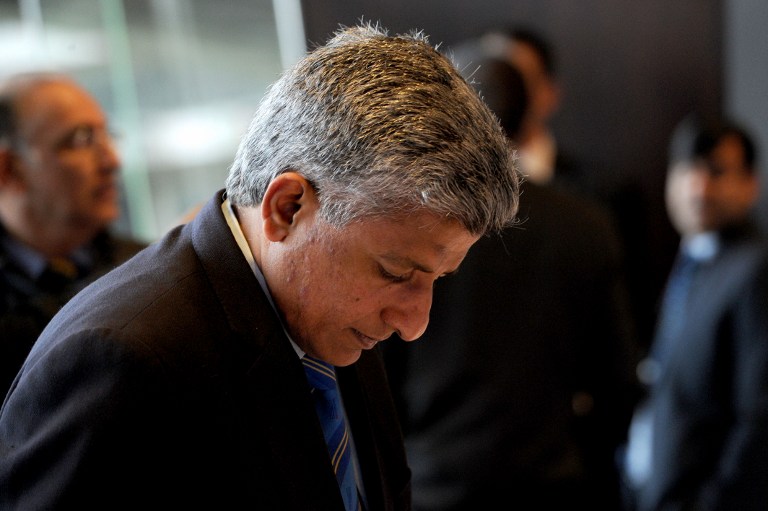 The cricket board's numerous bunglings have run up millions in debt. © AFP PHOTO

Mired in controversies owing to allegations of corruption, Sri Lanka Cricket will now be run by an interim committee, Prime Minister Ranil Wickremesinghe said on Monday.

The SLC Annual General Meeting to elect office bearers was to be held on April 30 and the nominations for positions were to be accepted from Monday.

"There are corruption allegations on the cricket administration. So we need to clean the system before the elections can be held," Wickremesinghe told a public gathering here this morning.

"The SLC owes 500 million rupees to the State Engineering Corporation, so the parliament has the responsibility to go into all these transactions," Wickremesinghe said.

Under the local sports law, the Sports Minister is empowered to appoint interim committees to run governing bodies.

The SLC has been run under several such politically appointed interim committees since 2005 for seven years.

However, a new ICC regulation for independently-elected governing bodies by mid 2012 brought the period of interim committees to end.

The announcement came as a keenly-contested election was awaited between powerful factions headed by the incumbent Jayantha Dharmadasa, the incumbent Secretary Nishantha Ranatunga and Thilanga Sumathipala, a current parliamentarian and twice-elected former President of SLC.