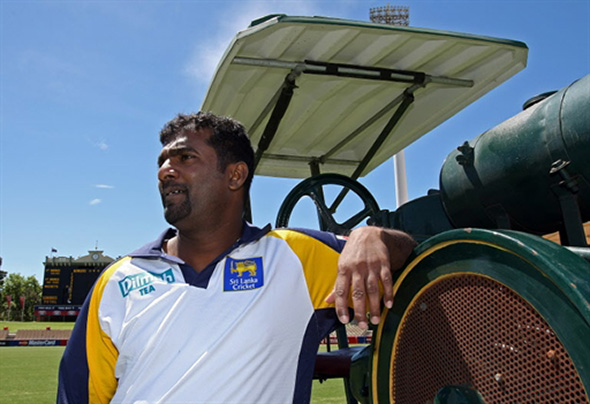 July 25, 2010 (islandcricket.lk): Muttiah Muralitharan said that he would have resorted to bowling leg spin in order to keep playing for Sri Lanka if his bowling action was deemed illegal after testing in the 90s.

Responding to Tony Greig at the end of the first Test against India in Galle, when asked if he ever felt like quitting cricket after he was no balled by Australian umpires Darrell Hair and Ross Emerson, Murali said: "No, not really. At the time when I started bowling I was a fast bowler then I was a leg spinner so I thought at the time if something goes wrong I can bowl leg spin and try and play for Sri Lanka."

Ross Emerson no balled Muralitharan after the ICC cleared him in 1996 and later admitted to calling Muralitharan for throwing under instructions from an Australian official. Emerson’s comments to the Australian media over the years also helped fuel the abuse Muralitharan endured while on tour there.

Muralitharan retired from Test cricket with 800 Test wickets at the end of the first Test against India played at the Galle International Cricket Stadium on 22 July, 2010.