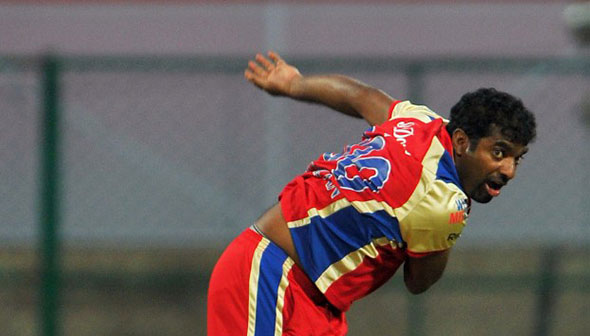 IPL 7 could be the legendary Muttiah Muralitharan’s last. © AFP

The highest all-time Test and ODI wicket-taker Sri Lanka’s Muttiah Muralitharan has hinted that this year’s IPL could be his final appearance in India’s premier domestic T20 tournament.

Muralitharan, who retired from the five-day game in 2010 and limited-over internationals in 2011, continues to play in domestic competitions such as the Big Bash in Australia and the CPL in the West Indies. He has featured in the IPL since its inception back in 2008.

"This could possibly be my last season," Muralitharan told the Deccan Chronicle in a recent interview. "I decided to play these T20 leagues because I had nothing to do after I retired. I was getting bored."

Muralitharan has thus far only been selected to play in one match out of seven played by his franchise Royal Challengers Bangalore this season.