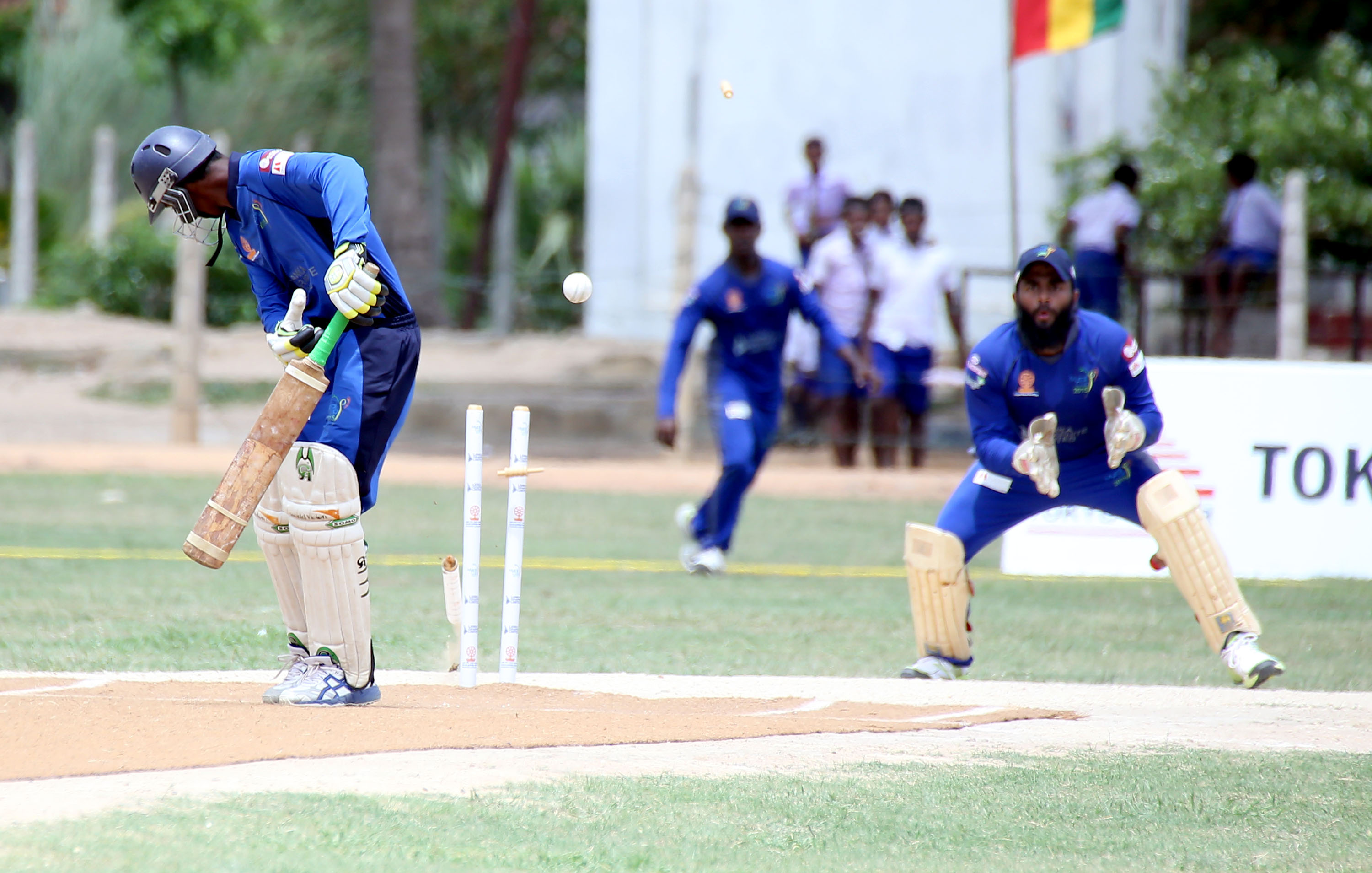 Day-three of the tournament saw an exciting round of matches unfold. © Murali Cup

On Friday, the third day of the tournament, defending champions Ananda College topped Group A with a clinical performance against St. Anthony's College Wattala, winning by 85 runs to finish undefeated.

The highlight of their victory was a brutal last over assault from left-hander Kaveeshka Anjula, who hit 21 runs, including three sixes in the over, to finish unbeaten on 42 from 25 balls.

St. John's College Jaffna were the only other team unbeaten in the group stages, winning a tight game against a strong Debarawewa Central College team.

The local team battled hard to put up a modest 123-run target but were then brilliant on the field, especially their opening bowlers NBC Kulendran (3/23) and P. Thuvaragaseelan (2/25).

D.S. Senanayake College had to work the hardest for their semi-final berth after a surprise first game defeat, holding their nerve in a Super Over on Thursday and then defeating Monaragala Combined by 13 runs.

P. Niroshan was outstanding with the bat for Jaffna Combined, striking 70 from 50 deliveries with six fours and four sixes.

The final qualifier was Richmond College in Group C, stationed at the IODR Oval in Oddusuddan, the venue for the final on Sunday, who were too strong for Mannar-Vavuniya Combined.

Opener Liyam Chamikara top scored for Richmond College with 53 from 46 deliveries and then K. K. Kaveen was superb with the ball, dismissing the top four batsman to finish with 4 for 10.

The Murali Cup is a reconciliation cricket tournament that promotes unity, goodwill, teamwork, the spirit of fair play and service to disadvantaged rural communities in post-war Sri Lanka.

The five-day event featuring U19 schoolboys and U23 women cricketers is being played at five grounds across northern Sri Lanka in the towns of Jaffna, Oddusuddan, Mankulam and Kilinochchi.