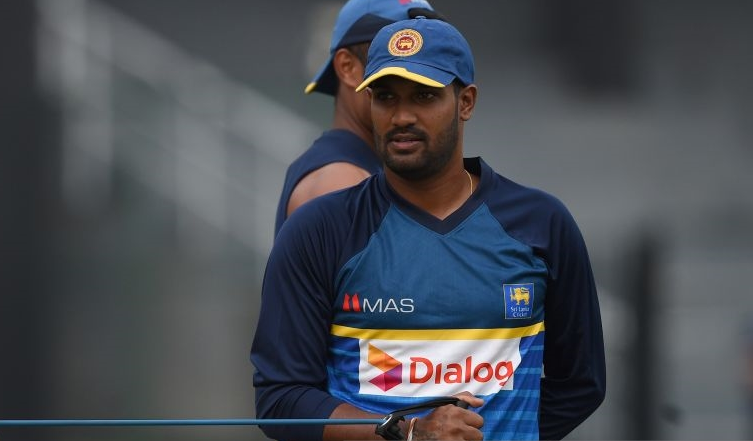 Chamara Kapugedera has been ruled out of the Champions Trophy after suffering a knee injury and Danushka Gunathilaka has been selected as his replacement, Sri Lanka Cricket announced today.

Kapugedera landed heavily on his right knee at a practise session in London earlier today and will require a minimum of two weeks rest.

[ Watch: Mathews talks to reporters ahead of CT17 match against India ]

Sri Lanka captain Angelo Mathews, who himself was recently injured and is currently unable to bowl, will also be missing the services of suspended Upul Tharanga for the clash against India at The Oval on Thursday.

Gunathilaka is expected to fill Tharanga's spot at the top of the batting order, while Mathews's return bolsters the middle.

Having lost their first match of the tournament against South Africa by 96 runs, Sri Lanka will need to ensure they beat their remaining Group B opponents India and Pakistan soundly to stand any chance of progressing to the next stage of the Champions Trophy.