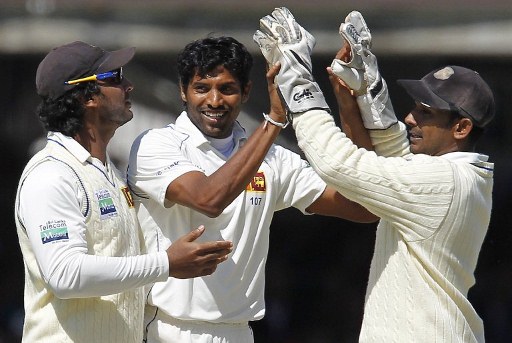 Sri Lanka Cricket (SLC) announced today that it had upgraded the contracts of wicket-keeper Prasanna Jayawardene and fast bowler Chanaka Welegedara, who both currently only play Test cricket.

Earlier this month, the local media was critical of SLC for handing Jayawardene, who is considered one of the best wicket-keepers in the world, a category three contract.

In addition to his skills with the gloves, Jayawardene won the man of the series award for his impressive showing with the bat at the end of the Test series against England, in England, last year.

SLC officials initially stated that the selectors were responsible for the allocation of contracts. A statement today announced that chief selector Ashantha de Mel had been consulted prior to the upgrade.