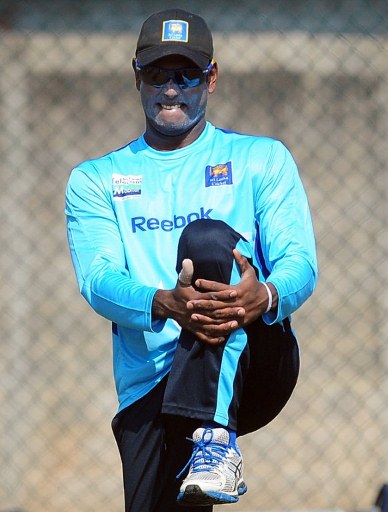 Angelo Mathews, who has been unable to bowl for Sri Lanka of late due to a calf injury, was cleared to bowl at the Indian Premier League (IPL) by physio Steve Mount and the team management ahead of the tournament.

Mathews has faced criticism in the local media over his decision to bowl at the IPL despite being unable to bowl for Sri Lanka in recent matches. The injury he sustained in Australia last month forced Mathews to miss the finals of the Commonwealth Bank tri-series, the Asia Cup and the first Test against England. He returned to the side for the second Test against England but did not bowl.

Mathews’s agent Charlie Austin said the all-rounder had fully recovered from his injury and was cleared to bowl at the IPL.

“[Mathews] recovered fully from the calf injury sustained in the CB Series and he was given the green-light to resume bowling in T20 matches before he left for India,” Austin told Island Cricket today.

“As he recently confirmed to the media, he wants to try to continue bowling as he would much prefer to be an all-rounder and not just a specialist batsman.”

However, just prior to his return to the side for the second Test against England, chief selector Ashantha de Mel told ESPNCricinfo that he did not think Sri Lanka could “use Mathews as an all-rounder in the future” and the selectors would “have to look at him purely as a batsman.”

After casting doubt over Mathews’s future as an all-rounder, de Mel was critical of the 24-year-old’s decision to bowl at the IPL.

“I have personally told him that if he bowls his career will be shortened,” de Mel told The Island newspaper in Sri Lanka earlier today.

“If he doesn’t want to listen to us, then I don’t know what more can be done. People have to realise what is more important to them. Playing [in] the IPL or playing for the country.”

The chairman of selectors maintains that bowling will cause a “strain on his body” and appeared to be unaware that Mathews had been given the all-clear to bowl at the IPL by the physio and team management.

Meanwhile, president of Sri Lanka Cricket (SLC) Upali Dharmadasa had no objections to Mathews choosing to bowl at the IPL.

“As far as I am concerned, when the necessary authorities have cleared him why should [SLC] stop him,” asked Dharmadasa.

Physio Steve Mount was unable to speak to Island Cricket until an approval from SLC was obtained. At the time of publishing, Mount was yet to respond.