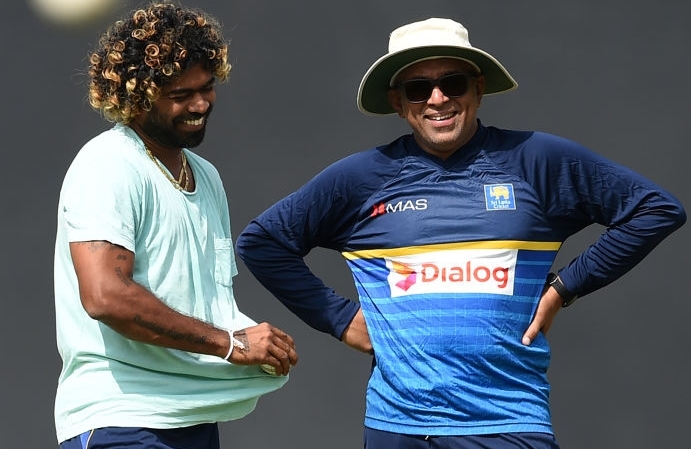 Sri Lanka's new coach Chandika Hathurusingha, who has stated he wants a say in team selections, could be instrumental in Lasith Malinga's return to the side. © AFP PHOTO

Lasith Malinga has been left confused by his omission from Sri Lanka's limited-over squads and questioned the decision to rest him.

The outspoken Sri Lankan fast bowler, who is nearing his 35th birthday, was not picked for the recently-concluded tour of India and has been left out of the preliminary ODI squad for the tri-series in Bangladesh beginning later this month.

Malinga told ESPNcricinfo he was fit and available for selection and he was waiting to hear from the selectors on why he is being sidelined.

"Usually it's a player who is 25 or 26 that needs to be rested because they still have a lot of cricket left in them. But for someone of my age, from what I know, there's really no purpose in being rested," Malinga said. "We can only play cricket for another one or two years anyway, but if we're rested then we won't get to play cricket, so what's the point?"

"I picked up 10 wickets in the 13 matches I played after returning from injury," Malinga added. "For the 14 years I've been playing cricket, it's the first year in which I haven't been able to pick up many wickets. And in those 13 matches, 12 catches have been dropped off my bowling. But in the end, the man who bowled the ball to create a catching opportunity is out.

"If someone wants to talk about my performances then I'm more than willing to have that conversation. But as far as being left out of the team, all I can say is that I've been playing cricket for several years, I've played under the most number of selectors. And a cricketer's next opportunity at being selected really does depend on which set of selectors are in place at any given time."

Malinga made an appearance at a special training session in Colombo last week under new coach Chandika Hathurusingha despite not being in the squad, but Malinga said it was to serve "in the capacity of a net bowler."

The 2019 World Cup, Malinga has reportedly indicated, could be his last before hanging up his boots.

Graeme Labrooy took over from Sanath Jayasuriya to head a new selection panel in September 2017.

Sri Lanka depart on January 13 for a tri-series in Bangladesh, which also features Zimbabwe, and they will play a Test and T20 series against the hosts as well.