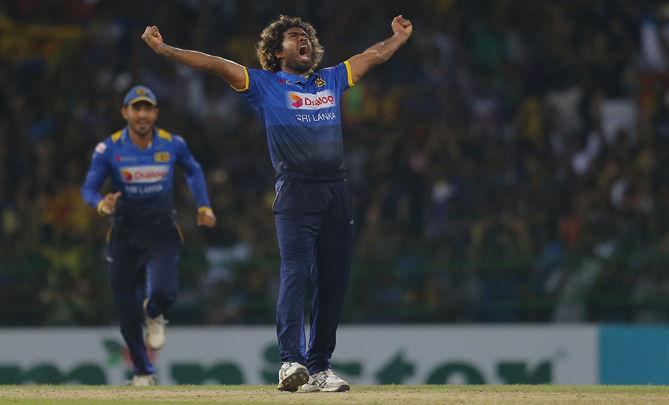 It has been more than one year since Lasith Malinga last played One-Day International cricket. © Associated Press

Sri Lanka's injury-prone pace ace Lasith Malinga hasn't played an ODI in over a year but is currently plying his trade at the IPL with hopes of returning to full fitness for June's Champions Trophy in England.

Sri Lanka head coach Graham Ford has said he expects Malinga to be fit and "determined" to do well at the tournament.

"As time runs out on his career, he is very determined to make an impact in this format," Ford told reporters at a press conference in Colombo on Monday to announce the arrival of Allan Donald, who was hired as a bowling consultant for Sri Lanka's Champions Trophy campaign.

" I must say that our bowlers are very fortunate, we have some great fast bowling coaches," Ford added.

"Now it's up to [Donald] to add his expertise and impart that extra bit of knowledge. His presence will be a huge advantage, he is an exciting addition to our set-up."

Sri Lankan quicks must make the most of conditions in England, Donald told the gathering of journalists.

"Using those two white balls well, if we are going to bowl first, is vital," he said. "The length has to be a bit more full. The Oval has a bit more bounce and how we hammer that length is going to be key."

Donald also spoke highly of Malinga, calling him a "world class" bowler and a "shrewd" operator.

Malinga, who retired from Tests in 2011, last played an ODI for Sri Lanka in November 2015.

A reoccurring knee injury and more recent issues with his ankle prevented him from bowling long spells, allowing the 33-year-old to only player T20s (where he bowls just four overs per match) and avoid the 50-over format.