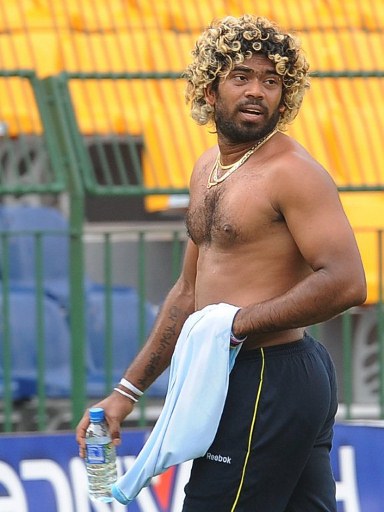 Lasith Malinga said he backed out of a deal with Middlesex because he wanted to be “fully fit to play for Sri Lanka”.

Malinga signed a deal with Middlesex in May to play seven Twenty20 matches for the club immediately after the Twenty20 and ODI series against Pakistan next month.

But after returning from the Indian Premier League, the fast bowler said he had a chance to review his workload, which made him back out of the deal with the English club.

With India touring the island in July and the Sri Lanka Premier League to be played in August, Malinga’s concern was that he would burn out before the ICC World Twenty20 in September.

"I want to make sure I’m fully fit to play for Sri Lanka because we have important tournaments coming up," Malinga told Island Cricket today.

"I need a break after the Pakistan tour, so I decided not to go ahead with Middlesex."

Malinga suffered a mild back strain during the IPL, from which he has recovered. But with important national commitments on the horizon, the 28-year-old injury-prone seamer has chosen to remain cautious.

Middlesex were informed on Friday of Malinga’s decision. They are disappointed but understanding of Malinga’s concerns.

“I totally understand Lasith’s concerns. His workload has been and is high but I’m disappointed we are the side to be denied of his services,” Middlesex’s managing director of cricket Angus Fraser said via the club’s website.

“A lot of work goes in to securing these deals and getting ‘No Objection Certificates’ from the relevant governing bodies. But we are not the only county to suffer in this way and over the coming days we will do all we can to secure the services of another high quality international cricketer for our 2012 Friends Life t20 campaign.”

Last year, the much sought-after Malinga turned down opportunities to play in Australia and South Africa.