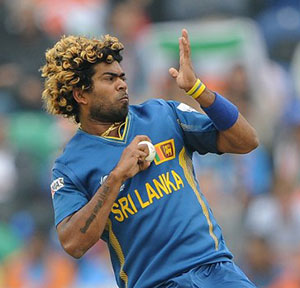 Sri Lanka’s Lasith Malinga and Mahela Jayawardene will join fellow-countryman Muttiah Muralitharan at the ongoing Caribbean Premier League (CPL), the organiser’s of the tournament have confirmed.

Malinga is set to replace Pakistan’s Mohammad Hafeez in the Guyana Amazon Warriors’ line-up, as Hafeez leaves for Pakistan’s tour of Zimbabwe.

"Playing cricket in the West Indies is always fun and I am really looking forward to playing in the final stages of the inaugural Limacol CPL," Malinga said in a statement.

"I’ve been following the progress of the tournament back home and I am very happy to be joining the Guyana Amazon Warriors."

Jayawardene will play for Trinidad and Tobago Red Steel and will replace South African Davy Jacobs who was ruled out with an injury to his right ankle.

"I’ve always enjoyed playing cricket in the Caribbean, so I am really looking forward to this short stint with T and T Red Steel," Jayawardene said about his signing.

"We have got a really talented young team and I hope I can help us first get into the semifinals and then go on and challenge for the title. It should be a really entertaining and exciting finale to the tournament."

Muralitharan has been a part of the CPL tournament from the very onset, having been picked up during the player draft. He represents Jamaica Tallawahs.

The first edition of the CPL ends on August 24.