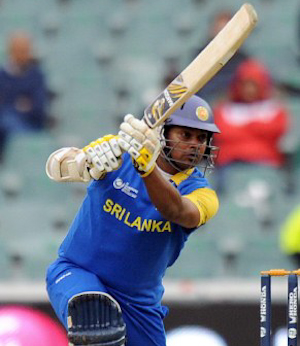 Kandamby not Mathews to be appointed Test captain
By Desmond Samith | January 19, 2013

In a major overhaul, Sri Lanka is planning to drop Mahela Jayawardene from the Test squad, and hand over the captaincy duties to Thilina Kandamby, Ceylon Today learns.

Jayawardene, a veteran of 138 Test matches, recently announced his decision to step down from captaincy at the end of the ongoing Australian tour, but has not hinted retirement.

His deputy Angelo Mathews, already the Twenty20 captain, was widely tipped to assume duties as the Sri Lankan captain in all formats starting from Bangladesh’s tour of Sri Lanka in March, but according to sources, he will be appointed only as the ODI and T20 captain.

Sports minister Mahindananda Aluthgamage on Thursday said cricket officials had agreed on having two captains — one for Tests and another for ODIs and T20s — as the best way forward for Sri Lanka.

The national selection panel, headed by Ashantha de Mel, was to end its tenure at the end of last December, but received an extension until the end of January, obviously in view of the ongoing Australian series.

The sports minister this week ordered Sri Lanka Cricket to send him a fresh list of probable selectors for the new panel.

Sources say that regardless of who sits on the selection panel, the new selectors may not go back on the proposed split-captaincy decision, and Kandamby would be the choice for Test captain, with Thilan Samaraweera to be dropped along with Jayawardene.

Kandamby, 30, who captains SSC, has never played Test cricket, although he was in the squad for Sri Lanka’s tour of India in 2009. He has played 38 ODIs and five Twenty20 matches for Sri Lanka.

The captain of Sri Lanka A for a number of years, the burly left-handed batsman once captained Sri Lanka in a T20 against England in Bristol in 2011, after regular captain Tillakaratne Dilshan had been ruled out with a broken thumb. That match, where Sri Lanka registered a nine-wicket win, was Sanath Jayasuriya’s farewell match.

In 38 ODIs, last of which was against Scotland in Edinburgh in July 2011, Kandamby has scored 870 runs at 30 runs per match. He is also captain of the Kandurata-Uva combined team in the ongoing inter-provincial limited overs tournament.

The recent Australian Test series was a huge disappointment for Jayawardene though, as he managed just 166 runs in six innings and recorded just two half-centuries, which came in the last Test played in Sydney.