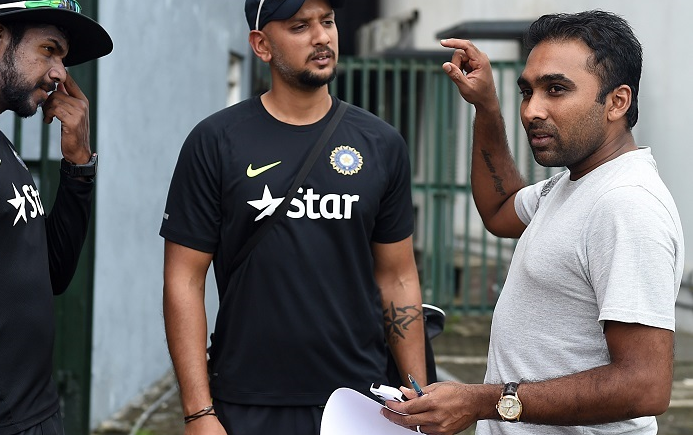 Mahela Jayawardene recently coached Mumbai Indians to the IPL 2017 title in his first season as coach of the side. © AFP

Former Sri Lanka captain Mahela Jayawardene was Friday named as the head coach of the Bangladesh Premier League (BPL) side Khulna Titans for the next two seasons of the Twenty20 tournament.

Jayawardene, who has plied his trade across the globe after taking international retirement in 2015, played for BPL franchise Dhaka Dynamites last season.

This will be the second stint for the Sri Lankan great as a head coach of a team, following his success with current Indian Premier League (IPL) champions Mumbai Indians.

Jayawardene, who succeeded former Australian captain Ricky Ponting as coach of Mumbai, helped the Indian side to a landmark third IPL title in the 10th edition of the cash-rich league.

"We are excited to have Mahela Jayawardene join the Titans as head coach for the next two editions of BPL," Khulna Titans Managing Director Kazi Inam Ahmed said in a statement.

"We were thrilled to see him win the IPL recently as the coach of the Mumbai Indians. I am sure all of us Titans will learn a lot from him and the tournament will be enriched by his presence" Ahmed added.

Jayawardene, 39, will replace former Australia batsman Stuart Law, who has become the head coach of the West Indies national team.

"I enjoyed playing in the BPL last year and that has given me a great insight into what will be required to be successful in the 2017 tournament," said Jayawardene.

The fifth edition of the BPL is set to begin November 4 with the organisers announcing the inclusion of an eighth team for the lucrative meet.

The tournament will allow five overseas players in a team's XI against the current system of maximum four foreigners in the line-up, BPL secretary Ismail Haider told reporters on Thursday.

"Since BPL is telecast in different parts of the world, we have to think about the spectators and they want to see number of quality overseas players in the league," said Haider.

The BPL, modelled on India's glitzy IPL, resumed in November last year after its 2013 edition was blighted by a match-fixing scandal involving players and team owners.