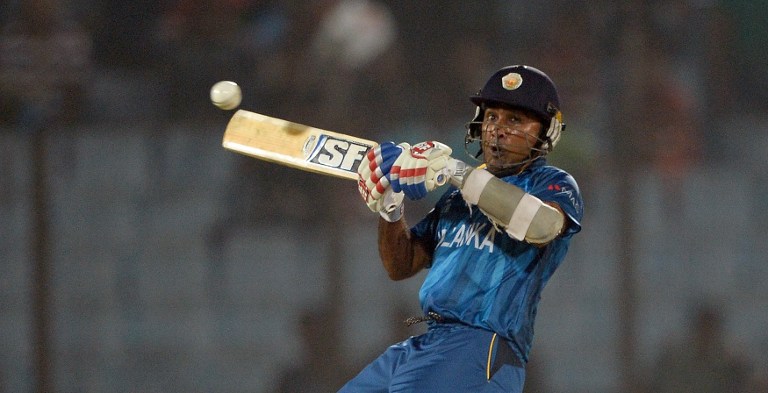 The veteran batsman made 89 against England and is a key figure in Sri Lanka’s WT20 campaign. © AFP

Mahela Jayawardene, who was Sri Lanka’s top scorer in their loss against England on Thursday at the World Twenty20, has dislocated a finger.

The 36-year-old will be taken for X-rays tomorrow, according to Sri Lanka T20 skipper Dinesh Chandimal.

"His finger is dislocated, and I think he will be going in for X-rays tomorrow," Chandimal said.

"Hopefully, he will be fit for the next game."

Jayawardene walked off the field immediately after dropping a catch off Alex Hales in the 13th over, when century-maker Hales had not yet reached 50, and did not return for the remainder of the game.

Sri Lanka’s next match is against New Zealand on March 31.