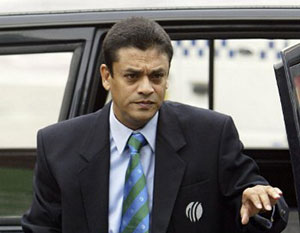 Sri Lanka’s Ranjan Madugalle, the ICC’s chief match referee, will be officiating in his fourth successive ICC World Twenty20 tournament when he, along with Jeff Crowe and fellow Sri Lankan Graeme Labrooy, referee this year’s tournament in Sri Lanka.

Madugalle has previously served as match referee in the 2007, 2009 and 2010 events in South Africa, England and the West Indies.

Labrooy will serve as the match referee for matches taking place in Pallekele on September 21 and 23, before travelling to Galle to oversee the women’s group stage of the event which will take place from September 26 to October 1.