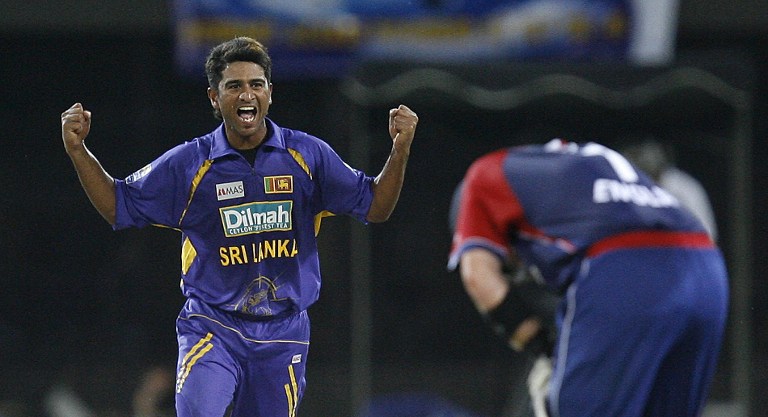 Kaushal Lokuarachchi has been banned for one year. © AFP

Kaushal Lokuarachchi’s 18-month sentence for his role in the BPL match-fixing scandal was reduced on Monday to one year by an appeals panel appointed by the Bangladesh Cricket Board (BCB).

Lokuarachchi, the BCB’s anti-corruption tribunal announced earlier in February, had pleaded guilty for failing to inform authorities when he was approached to fix a match during the BPL tournament in 2013.

"There was one charge against him, and that is his failure to report a corrupted approach," said Justice Khademul Islam from the tribunal, when reading out the sentences in June.

"Someone had asked him if he wants to fix a match and he didn’t report it. He has been found guilty under article 2.4.2 of the BCB’s code."

Lokuarachchi later revealed that he was approached by both the owner and the CEO of the Dhaka Gladiators.

"The owner threatened me and said I should not tell anyone what happened," he told Ceylon Today in an interview.

"I was very upset. It was not a bookie who approached me, but an owner of the team who provided me accommodation (during his stay in Bangladesh for the BPL), so I kept mum."

Lokuarachchi has played four Tests and 21 ODIs for Sri Lanka. The all-rounder last played international cricket in 2012, when he represented Sri Lanka in a T20 fixture against Pakistan.