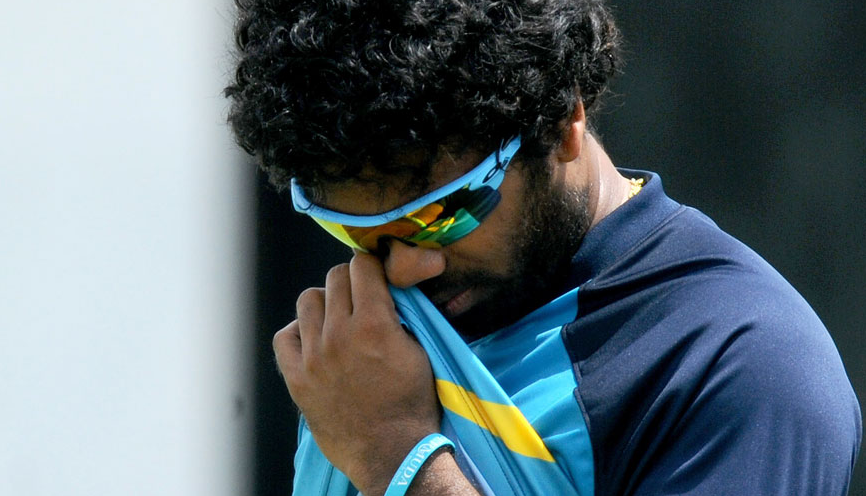 The fast bowler was subjected to a disciplinary inquiry for an interview in which he criticised the island's sports minister. © AFP

Lasith Malinga received a suspended one-year cricket ban after the fast bowler pleaded guilty to a charge of speaking to the media without permission, Sri Lanka's cricket board said Tuesday.

The sanction is suspended for six months and Malinga will also be fined 50 percent of the match fee from his next one-day international, Sri Lanka Cricket said.

The charge against Malinga came from his response to criticism by Sri Lanka's sports minister over the team's fitness levels.

Sports Minister Dayasiri Jayasekara castigated players for allegedly being overweight soon after Sri Lanka failed to reach the semifinals at the Champions Trophy earlier in June, with the team dropping several catches against Pakistan.

Malinga said players knew best about the game and likened the minister — who had suggested military training for the team — to a monkey occupying a parrot's nest.

Sri Lanka Cricket appointed a three-member disciplinary committee, with Malinga pleading guilty Tuesday to breaching his contract with the board by speaking to the media without permission.

A special executive committee meeting later Tuesday considered the finding of the inquiry and announced the sentence. It means the bowler will be free to play in the home series against Zimbabwe starting Friday.

Also Tuesday, Sumathipala announced that fielding coach Nic Pothas will be interim head coach after the resignation of Graham Ford midway through his contract. Pothas will continue until the end of a home series against India starting next month.