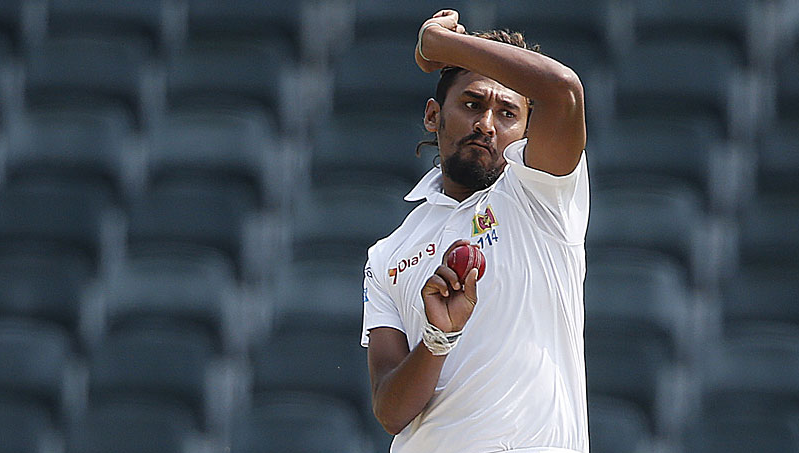 With a match haul of seven wickets, Suranga Lakmal was by far the best Sri Lankan bowler in the first Test against India. © AFP

Suranga Lakmal's rise to form culminated in a standout performance against India in the first Test match in Kolkata, turning many heads in the process.

Lakmal struck with the very first delivery of the opening Test, dismissing Lokesh Rahul for a golden duck and then followed it up by claiming the scalps of Shikhar Dhawan and Virat Kohli, with the latter too dismissed without scoring.

This improvement started with Sri Lanka's tour of South Africa last year, which Lakmal entered bowling at an unimpressive average of 47.65 through 31 Test matches. He then had strong series against the Proteas and later against Pakistan, where he bowled at an average of 31.10 and an economy rate of 2.90 — the only Sri Lankan bowler at the time to boast an economy rate under three-per-over.

This form, in particular that shown in the first Test against India last week, has won over many high profile cricket personalities, including West Indian legend Ian Bishop who took to social media to acknowledge Lakmal's performance.

"He is not in the world class bowler group, but the way Suranga Lakmal has bowled in the last 12 months is the level I thought he would have arrived at about 4 years ago. (Injuries considered) Nice skill set," Bishop wrote on Twitter.

"Really good effort from Suranga [Lakmal]," Jayawardene tweeted. "With helping conditions this guy is as good as [anyone] in world cricket. Very [skillful] bowler."

Having started the Test series off with his best Test match bowling figures, 7-119 between the two innings, Lakmal looks primed to continue his strong form through the remainder of the tour.