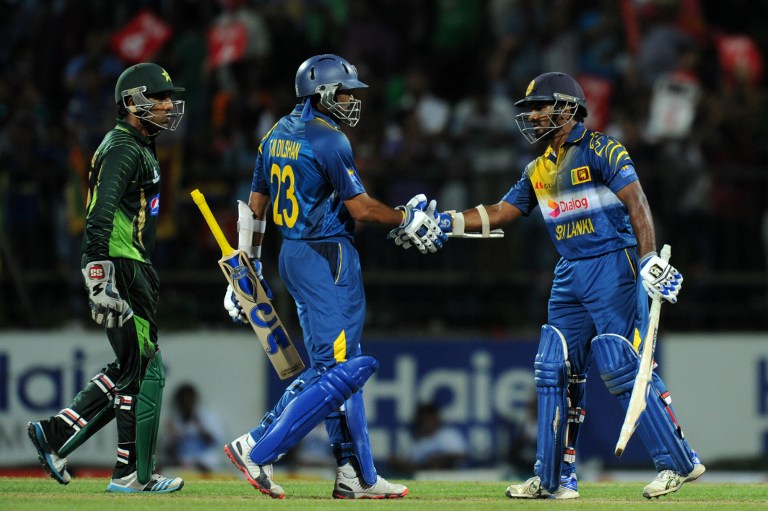 Sri Lanka opener Kusal Perera blasted the second fastest ODI fifty in their series-levelling two-wicket victory against Pakistan in the second ODI at Pallekele on Wednesday.

Perera (68) took 17 balls to reach his fifth ODI fifty and fell after a whirlwind 25-ball knock as Sri Lanka chased down the 288-run victory target with 11 balls to spare to level the five-match series.

South African AB de Villiers holds the record for the fastest ODI fifty, reaching the mark in 16 balls during his blistering 44-ball knock of 149 against West Indies in Johannesburg earlier this year.

Perera's compatriot Sanath Jayasuriya had also scored a 17-ball fifty against Pakistan in Singapore in 1996.

Opting to bat first, Pakistan found the going tough against the home side's disciplined bowling and looked in trouble at 96-3 in the 24th over.

Rizwan provided the late charge with his 38-ball knock as Pakistan scored 88 runs off the last 10 overs to post a competitive total.

Sri Lanka's chase got off to a flying start with Perera and Tillakaratne Dilshan (47) adding 92 runs before being separated in the ninth over.

The hosts lost three quick wickets to find themselves in trouble at the halfway mark of their innings but Pathirana made 33 on debut and Dinesh Chandimal remained not out on 48 to guide them home.

The teams move to Colombo for the third ODI on Sunday.