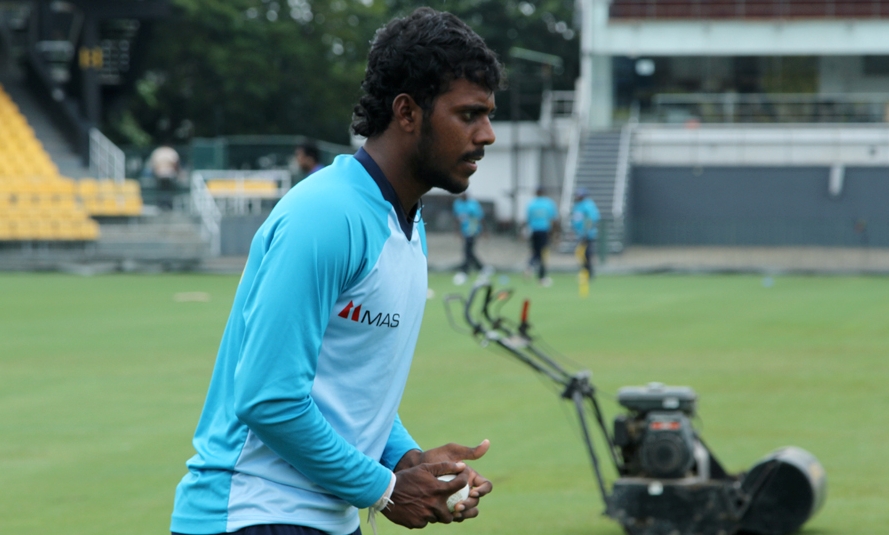 Sri Lanka ended their two-day tour match against New Zealand Chairman's XI at Queenstown Events Centre with a draw and on a high note, after fast bowler Dushmantha Chameera and off-spinner Tharindu Kaushal took six wickets between them to dismiss the hosts for 125 in 39.5 overs.

The Chairman's XI resumed their first innings on the second day on 37/3, and managed to get to the relative safety of 108/5, thanks largely to the fourth-wicket partnership of 47 between Matt Taylor (19) and Jono Hickey (57).

Chameera, the 22-year-old right-arm quick, took 3/13 in four overs, while the 21-year-old Kaushal claimed 3/13 in 3.5 overs. Both bowlers are yet to make their international debuts.

Sri Lankan batsmen had a more successful outing in their second innings, despite Sangakkara failing to compile a score of substance.

Sangakkara however spent in excess of an hour in the middle compiling his 29. Similarly, all of Sri Lanka's top and middle order batsmen spent considerable time in the middle.

Niroshan Dickwella hit 63 off 51 and opener Dimuth Karunaratne contributed with 52. Both batsmen retired, allowing the rest of Sri Lanka's batting a chance in the middle.

There were middle-order contributions from Dinesh Chandimal (36*) and Lahiru Thirimanne (35).

Along with Sangakkara's poor outing, the form of captain Mathews (0 and 19) and opener Kaushal Silva (14 and 9) will be of concern ahead of the first Test on December 26.

The match was Sri Lanka's only warm-up fixture before Friday's first Test in Christchurch.

Sri Lanka travel to Christchurch on Tuesday to prepare for the Boxing Day Test.